Home | VIJHL Board of Governors Update

VIJHL Board of Governors Update 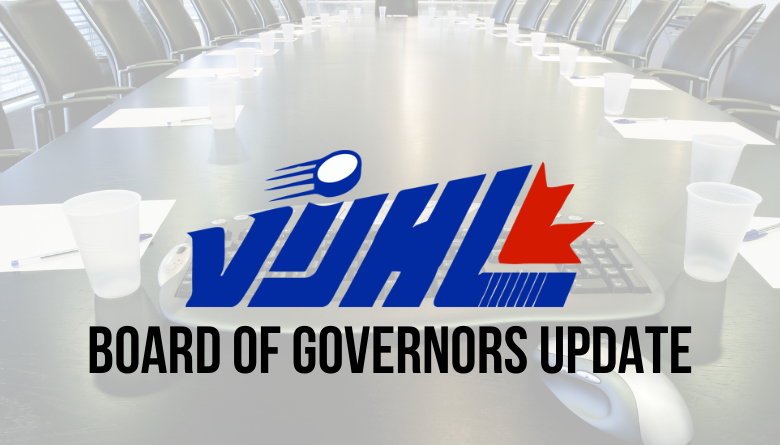 The VIJHL Board of Governors have completed their Annual General Meetings and there are some exciting changes coming in 22-23 for VIJHL fans.

Most notable for the fans is the adoption of a new schedule format that will see the schedule reduced to 48 games.  Non-Divisional opponents will face each other four times next season, up from two in 21-22.  Each non-divisional opponent will play two home and two road games against each other next season.  The balance of the 48 games will be played inside the divisions.

“Divisional games are always exciting, but this move allows a little more diversity in the schedule. Fans always love seeing the out-division teams pay a visit to their local rink and this will limit the need for a team to see the same divisional opponent for 9 or 10 games in a season” said VIJHL President Simon Morgan.

The decision to drop to 48 games will provide VIJHL players with a little more rest in-season and allow clubs to have more prime night home games.

The league also announced they would begin the search for a head of player safety and discipline.  The paid position will be in charge of reviewing all major penalties and determining what supplemental discipline, if any is required.  “Player safety is always one of the most talked about issues at our governor meetings and we feel having a dedicated person in-charge of supplemental discipline will be a great step forward for our league and our players.” Said Morgan.

With a new head of discipline being added, the move also allows the Board’s Steering Committee to return to its original purpose of helping grow the VIJHL with a renewed focus on the business of the league including growing sponsorships and helping clubs have more of an impact in their local markets. The 2022-2023 VIJHL Steering Committee is comprised of Linda Lahtinen of the Campbell River Storm, David Michaud of the Port Alberni Bombers, and Laura Peltier of the Saanich Predators.

While the schedule changes will be the most noticeable change the players and fans will see, Morgan added that the league continues to make tweaks to enhance the overall product for players and fans. “Most of the work done by the board behind the scenes will go unnoticed by fans, however it’s crucial to keep moving our league forward.  We have a tremendous group of owners and governors who take great pride in the VIJHL and what we bring to Vancouver Island in terms of opportunities for players and community involvement.

The 2022-2023 VIJHL season is set to get started in early September with a schedule announcement coming a little later in the summer.

In the meantime, fans are encouraged to sit back, relax, and have a great summer, but before you do all of that, make sure you’re picking up a season ticket for your local VIJHL team.