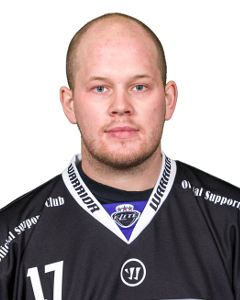 On behalf of the Saanich Predators ownership team, Ed Geric and Norm Kelly.

Effective immediately, bench boss Brent Polischuk has been relieved from his duties as Head Coach and General Manager of the Saanich Predators. Victoria native Cody Carlson will take over immediately as the Pred’s new Head Coach and GM.

Cody joins the team leadership after an extensive hockey career that started with minor hockey at JDF and turned into a successful professional career with more than 600 games played. Drafted 21st in the first round of the 2006 WHL Draft, Cody spent five seasons with the Western Hockey League before starting his nine-year pro career that included two years in the ECHL, and seven years in European leagues. Cody played his last three seasons with the ASC Corona Brasov in Romania before returning to Victoria and taking on the Assistant Coach and Assistant GM roles for the Kerry Park Islanders for the 2021 / 2022 season. He has also worked as a skill development coach for various programs including the Victoria Grizzlies development camps.

The Preds are grateful to Brent Polischuk for his time with the team and wish a warm welcome to Coach Cody Carlson who will be on the bench for the team’s next game Friday October 15 at Pearkes Arena, where they’ll be facing off against the Westshore Wolves. The Saanich Predators have played 14 games so far in the 2021/2022 season with five wins and eight losses.