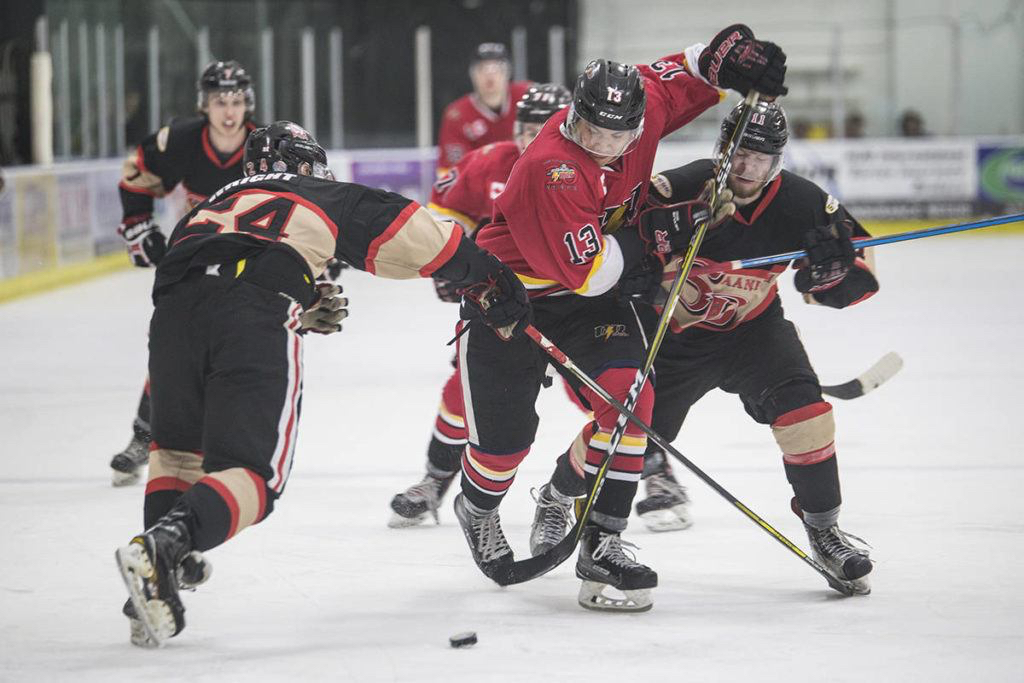 Riley Mathieson stopped 47 of 51 shots on Tuesday to push the Braves within a win of the Brent Patterson Memorial Trophy.

The VIJHL regular season MVP led his Saanich Braves to a 5-4 win in Game 5 over the Campbell River Storm. Saanich now owns a 3-2 series lead in the best-of-seven finals.

To get here, the Braves had evened the series up in Game 4 with a 3-2 win Monday night in Saanich.

Sproule scored twice for the Braves, who built up a 3-0 lead before surrendering two third-period goals. Gavin Grewal also scored for Saanich.