Home | Hot start wins it for the Braves

Hot start wins it for the Braves 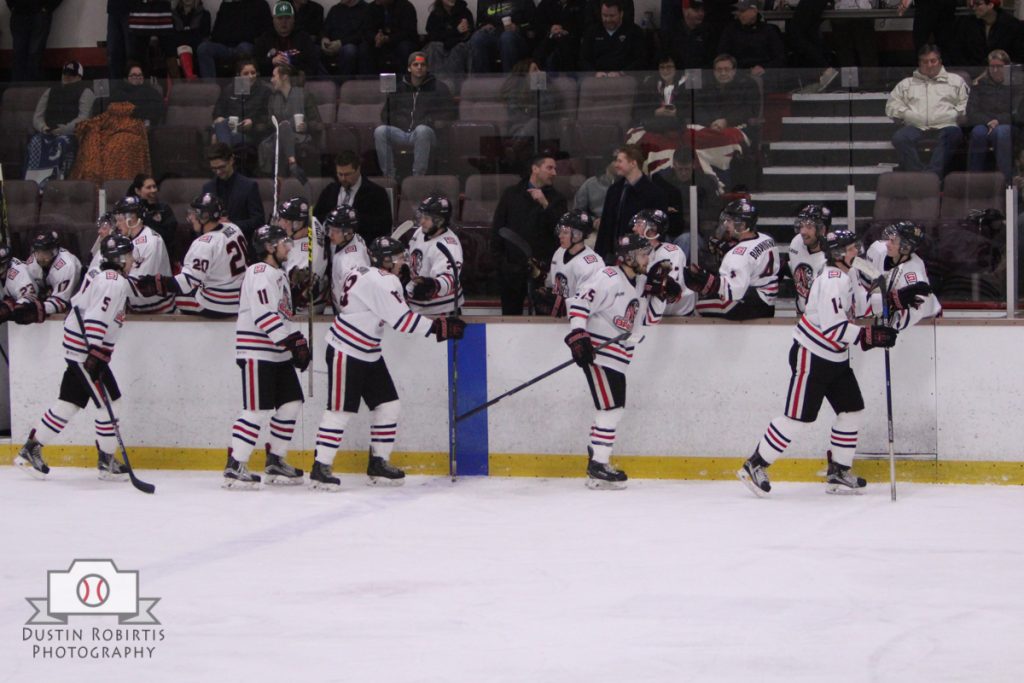 It was fan appreciation night presented by Slegg Lumber tonight at Pearkes. Tee shirts and hats and jerseys were being given out to all the fans in attendance. More importantly it was game three of the first round against Kerry Park. The Braves came out hot and with a great first period and won because of it.

Scott Henderson set the tone early with a hard working shift with a few big hits that paid off when he got the puck in the Islander zone and forced it five hole. Ted Brennan followed up with a nice backhand finish after a flurry of great passing by the Braves. Following these great goals Michael Sproule sniped a goal from the blue line after carrying it past a few defenders. After the first period the Braves led 3-0

Early on in the second period Evan Horvath got himself a breakaway and made a great effort but missed. The goalie had to leave his position to make the save. The rebound went straight up and landed right in front of the open net when Ted Brennan put home the freebie to make it 4-0 braves.

The Islanders wouldn’t go home without a fight however. They brought the game within one goal after three power-play goals. Even though they pulled their goalie and made a valiant effort they ultimately could not tie it and the Braves won 4-3.