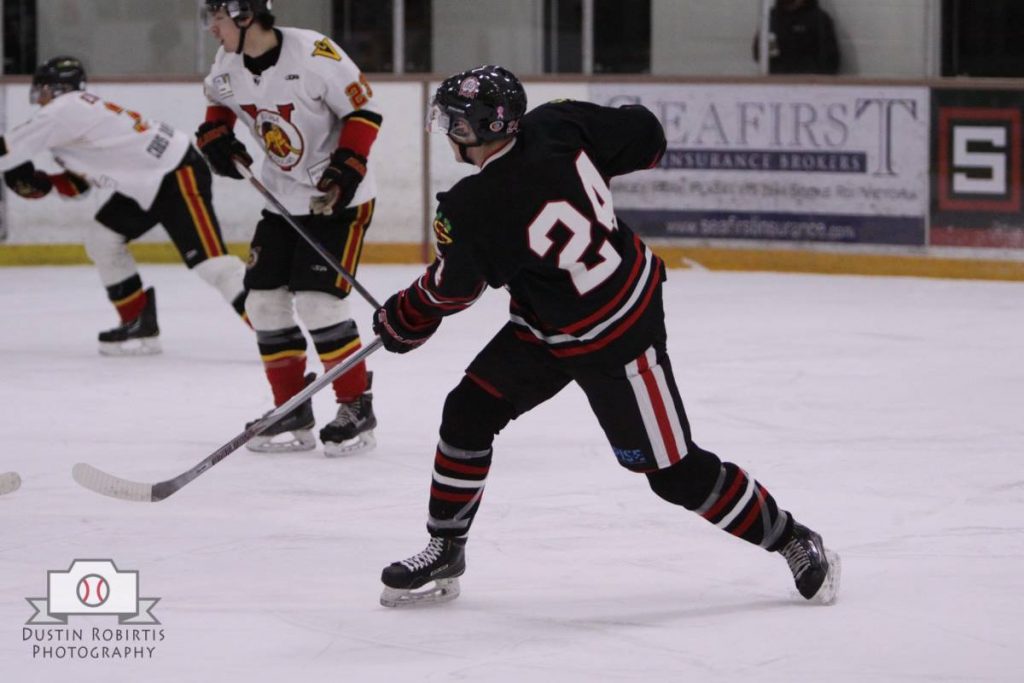 The Saanich Braves played against their cross town rival Victoria Cougars last night at Pearkes arena. The game was full of aggression, big hits, and tension as these teams did not want to lose against each other. While both teams had their fare share of scoring chances and moments where they would have blown the game wide open, the game remained close throughout with big moments saving the day.

The first goal of the game came in the second period when a screened shot from the Cougars left an open net rebound which was just out of Schiebels reach. Gavin Grewal evened up the scoring after he redirected an Evan Horvath point shot off his jersey which fooled the Cougar netminder going five hole.

The third period looked to be all Cougars until the very end. The Cougars scored early on in the third after Schiebel was knocked out of the net and was out of position to make a save leaving an open net opportunity. With only a minute left in regulation and trailing by one, the Braves pulled Schiebel and added the extra attacker. Ted Brennan ended up scoring the game tying goal with only thirty seconds left when he streaked towards the goal and forced home the goal. This game would go to overtime.

Early in overtime Dale McCabe let a point shot go through traffic which found the back of the net and gave the Braves a big home win against the Victoria Cougars.