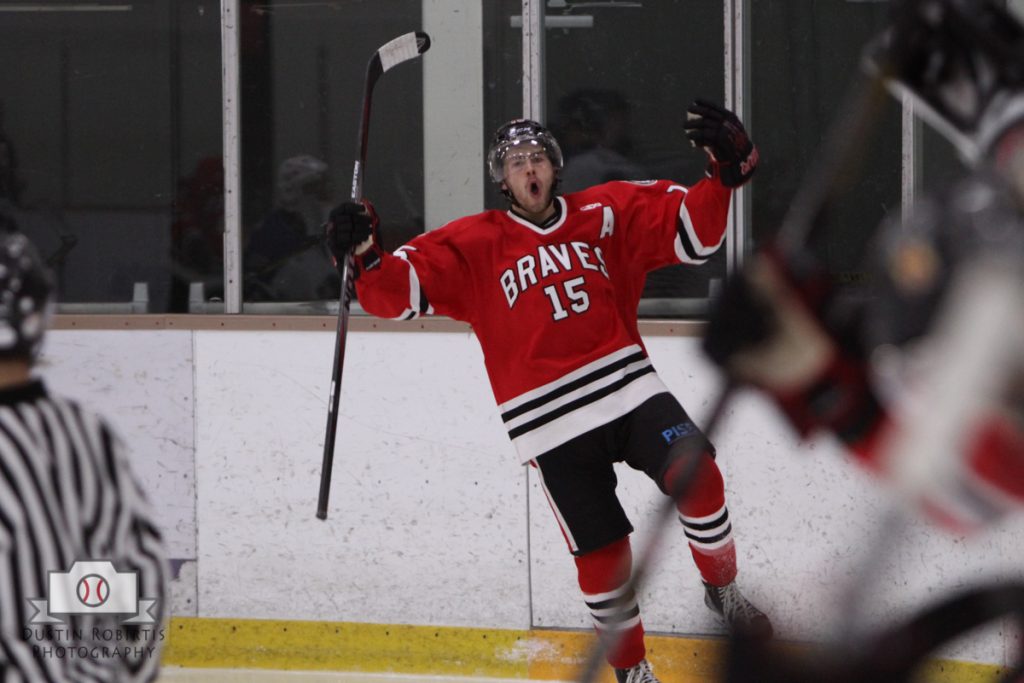 The Braves played their last game before the Christmas break last night against the Westshore Wolves. The Braves are on a winning streak and that really translated to the effort and enthusiasm shown by the Braves. An entire team effort gave the Braves the advantage in this one.

Nick Guerra opened the scoring after a long lead pass from Schiebel  snuck past the defence. Guerra skated through two defenders and scored on a nifty move. Dale McCabe also scored in the first after a 2-1 rush. McCabe scored on his own rebound chance.

Evan Horvath continued the rush in the second period with a breakaway wristshot from the side. Dale McCabe scored his second of the night shortly after on the powerplay. Westshore tallied their first goal after Schiebel made a great save on the first shot but this left an open net rebound for an easy goal.

Westshore tried to mount the comeback in the third opening the period with a tip in goal from the point shot. However this was short lived as Gavin Grewal one timed a goal glove side from a behind the net pass from a dashing Guerra. Westshore scored their last goal after a defender skated through the Braves defence from behind the net and roofed a backhand goal. Quinn Miller added an empty net goal after the Wolves added the extra attacker late in the third. Braves win 6-3

The Saanich Braves family wishes all of you a safe and Happy Holiday Season!