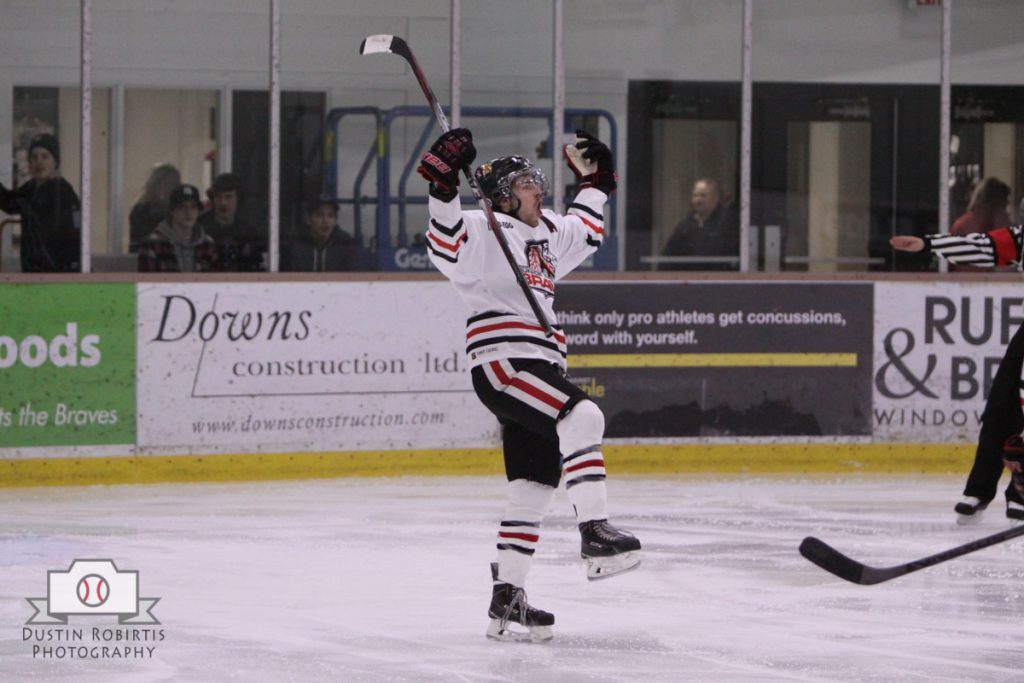 Braves fans certainly received their money’s worth tonight in the game between the Braves and Wolves at Pearkes Arena.  Not only was it vendor night at the rink, there was three fights in the game as well as fourteen goals scored tonight. The Braves offense exploded tonight scoring ten of those fourteen goals and sending the Wolves home empty handed.

The Braves started of tonight’s game with a beauty goal from Brandon Barnes scoring a top shelf marker from a knee in the middle of the Wolves zone. After one period the Braves led one to nothing.

The Braves offence started to pick up in the second period. Taylor Redmond started the scoring with his first goal of the season scoring by knocking home a rebound on the doorstep. Shortly after the Wolves scored shorthanded when allowed on a breakaway after a defensive lapse by the Braves. Shortly after that shorthanded marker the Braves scored their own shorthanded goal scored by Ted Brennan which was also his first goal of the season as well. Next the Wolves scored an awkward goal fanning on a backhand shot which left the stick much slower than anticipated, throwing off Schiebels timing and letting the puck get through. Carlos Grouchy netted a big slap-shot goal from the point later on in the period. Also Nick Guerra ended the period with another slightly awkward goal after a rebound got out of the sight and landed right as the feet of Guerra which afforded him an open net goal. After two periods of play the Braves led the Wolves five to two. 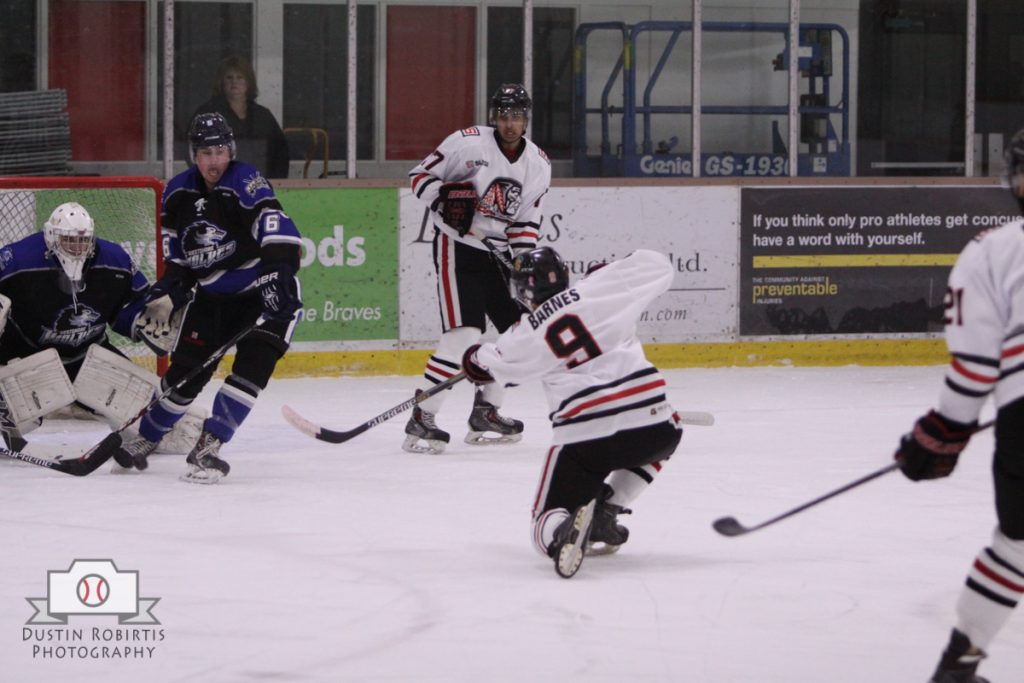 The Braves ran the game out of the Wolves hands in the third period. The wolves started the period with a goal on a big rebound that went straight to an open player. Evan Horvath answered that with a goal of his own in a very similar fashion. The wolves then scored a powerplay goal with multiple chances and shots that eventually wore down Schiebel. The Braves then scored the next four goals to end the game. Evan Horvath scored on a two on one break with a great pass from Fushimi. Mitch Moloney scored with a mighty shapshot from the point. Ted Brennan scored his second goal of the night with a tic tac toe from Fushimi and Strandlund. Gavin Grewal finished up the scoring with a goal that he batted out of the air off a big rebound. Braves win tonight’s game with an astonishing ten goals to the Wolves four.