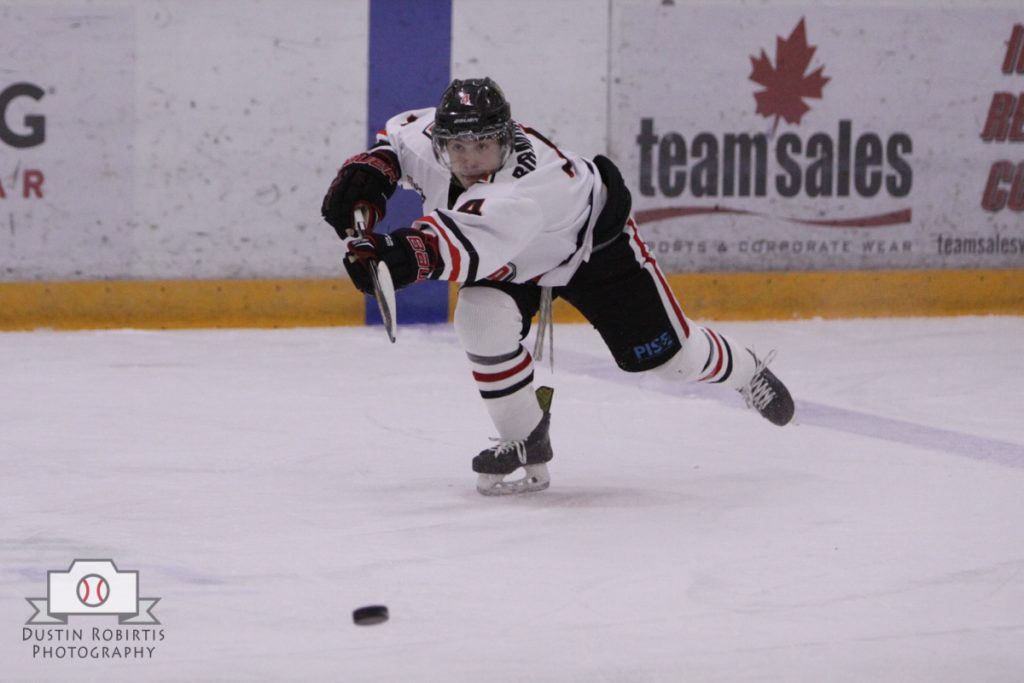 It was quite the physical game tonight at Pearkes arena. With lots of big hits, penalties and misconducts both teams were ready to play this game with passion. The Braves seemed to get the better of the Glacier Kings this go around edging them six to three.

The first period saw only one goal which came from the Glacier Kings. A missed clear attempt near the Braves net left an open puck for the Glacier Kings which was buried home on the powerplay. Despite the Braves creating a lot of chances the score remained one to nothing after one period of play. 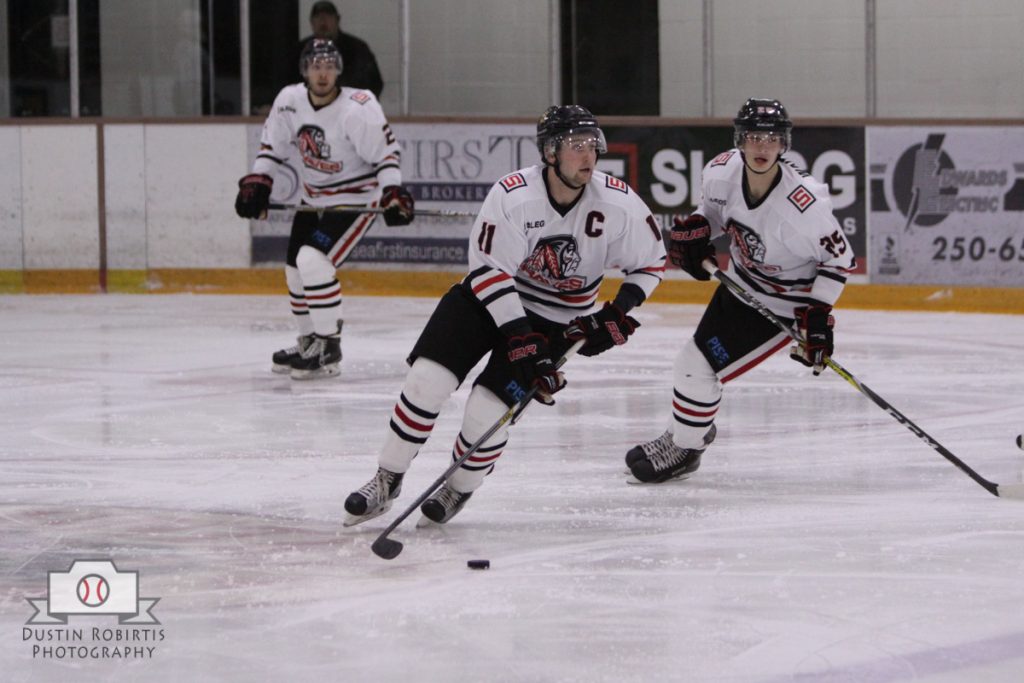 The Braves came into the second with a fury. Scoring four goals in the frame to match Comox’s two. The first of the Braves goals came from Evan Badry when the puck took an awkward bounce giving him an open lane for the goal. Next Brandon Fushimi pushed home a big rebound from a mighty Evan Horvath point shot to give the Braves the two to one lead. Immediately after however the Glacier Kings netted a faceoff goal to tie the game. Evan Horvath then skated into the Comox zone with speed and launched a slapshot goal past the Glacier Kings netminder once again giving the Braves the lead. Later on in the Frame Dale McCabe wristed home a beauty of a goal after creating some space and finding the middle of the zone for an open shot. Comox netted an off angle shot to close out the period. The Braves led four to three after two periods.

The third period was all Braves. First Connor Birmingham one timed a ricochet off the end boards from a Gavin Grewal shot for an open net goal. Then Scott Henderson and Brandon Fushimi went tic-tac-toe around the Glacier Kings with their net open to score the game ending goal. Braves win this one six to three.