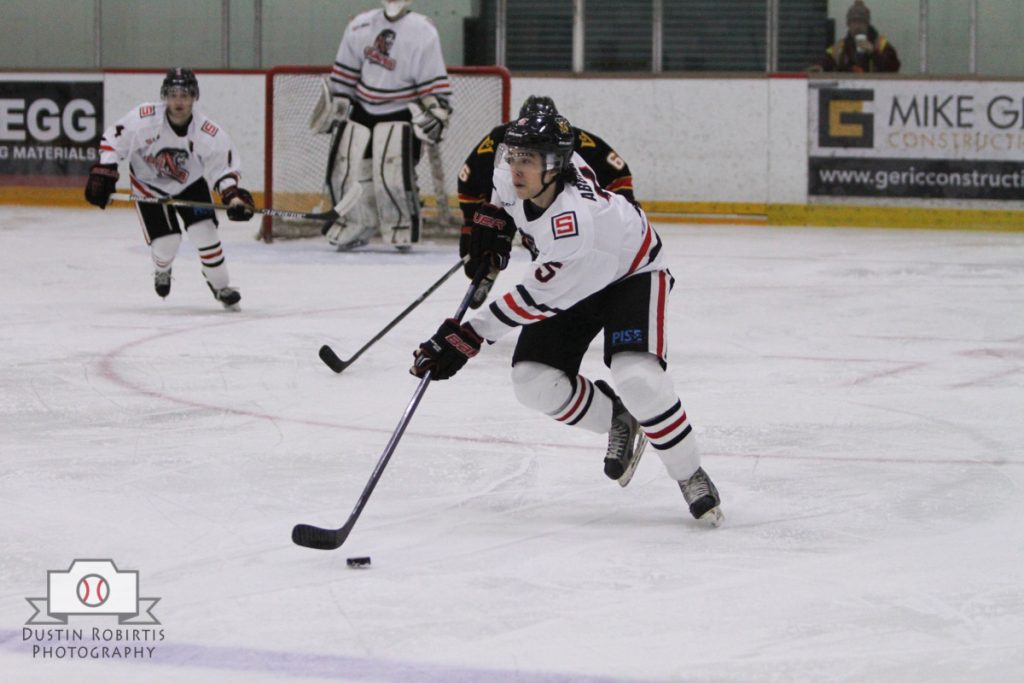 This Friday’s Braves game against the Victoria Cougars was action packed and exciting from start to finish. With a total of eleven goals in this game there was no shortage of great hockey. The teams went back and forth all game trading penalties and goals, yet it was the Braves who ended the game on top with a second overtime game winner.

The game started with a missed icing call from the referees letting the Cougars get ice position after the Braves defence was expecting the call. The Cougars player suck the puck through glove side to open the scoring. Shortly after Gavin Grewal scored almost exactly like he did last week batting the puck out of the air and into the back of the net. After the Cougars had a man ejected and the Braves were on the powerplay the Cougars scored shorthanded making the score two to one Cougars after one period of play.

Less than a minute into the second period the Cougars scored when a defender skated into the middle zone and wristed a shot top shelf. Brandon Fushimi then took off scoring two goals to even the scoring. His first was a wrap around goal and the second was on a very nice give and go with Connor Birmingham. After two periods the score was three all.

Dale McCabe started the third period with a dashing tip in goal on the back door side. The Cougars answered back after a big rebound in front went to an open Cougar player giving him an open slot. On the next possession Nick Guerra scored an individual effort goal weaving through multiple defenders and wristing a top shelf beauty. The cougars then had an odd man rush which left an open player with the puck behind the Braves net, this gave him time to send a pass out front for a tip in goal to even the scoring.

This game would go to double overtime. With the three on three action Nick Guerra fought for position against a Cougars player and as he weaved in towards the net, nifty stick handling and puck control saw Guerra weave to the front of the net where he slid home the game winning goal stick side on the Cougar netminder. Braves win six to five. 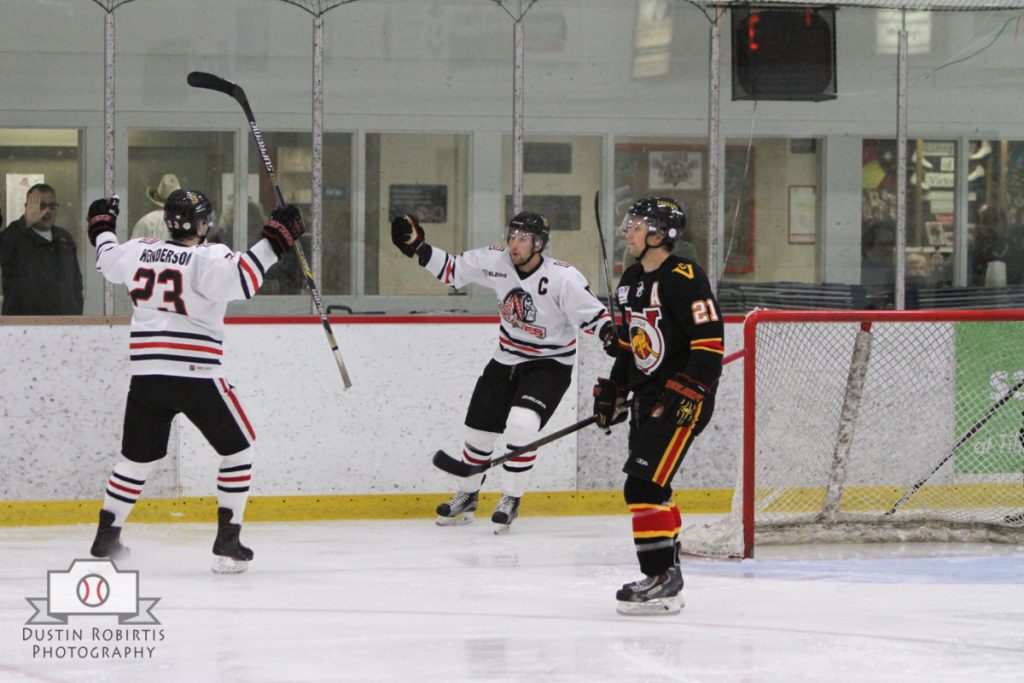