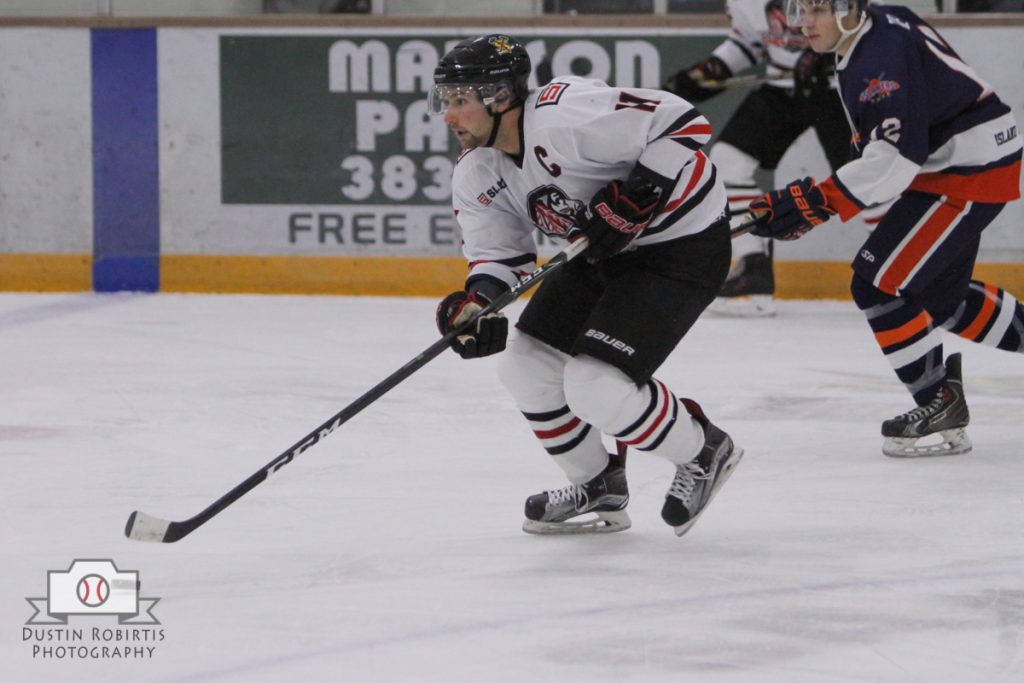 Tonight’s game featuring the Braves facing the Islanders seemed to start off slow and it was only when the Braves has a moment of error that the Islanders took advantage and opened the scoring.

The scoring began in tonight’s second period. After a Braves player lost his helmet, forcing him off the ice, game the Islanders an odd man rush advantage into the Braves zone. This lead to an Islander weaving through to open space and wristing home the first goal of the game. Shortly after Birmingham of the Braves fanned on a clearing attempt which left two islanders wide open in front of the Braves net leading to another easy goal to make it two to nothing Islanders. The Islanders scored one more goal in this frame which had a player make a nifty move around a Braves defender and wrist a goal home top shelf. After two periods the score was three to nothing Islanders.

After multiple Brave penalties and a five on three power play for the Islanders, another goal made its way to the back of the Braves net due to the tough circumstance of the five on three penalty kill. The Braves were not going to go down without a fight though. Gavin Grewal scored himself his first goal on the power-play with sheer determination banging home a short one in front of the net. four to one Islanders. Half way through the frame Scott Henderson tipped in a Connor Birmingham point shot to make the game four to two. Unfortunately this is as close as the Braves would make it losing this one against the Islanders.

After we caught up with Head Coach Brad Cook with his take on tonight’s game: “It’s unfortunate coming off a huge win last night. We preach to do things the same every night here. We don’t worry about our opponents or the officiating we worry about ourselves. As long as we focus on Braves hockey each day we will be good. We’ll move on from this and learn from it as a group and get back to it after the long weekend and get back on track.”