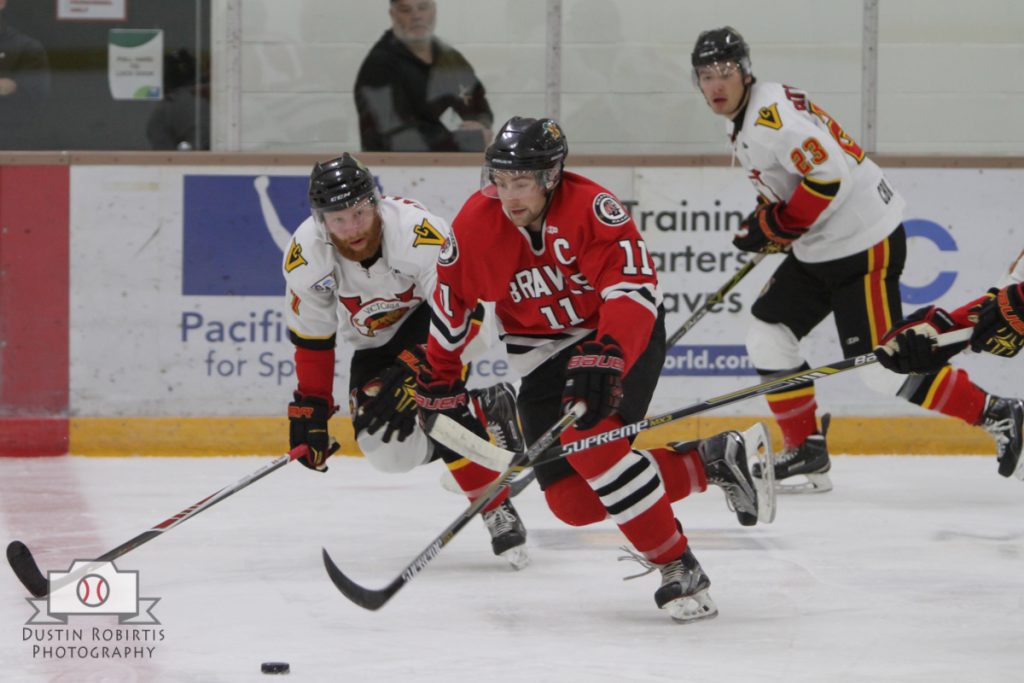 Grooming his talents with Saanich Minor Hockey and eventually graduating to the Jr Braves and the BCHL, Nick Guerra returns to captain the club he started his junior hockey career with.

“Nick was always an offensive threat and leader when part of the Braves,” comments Coach/GM of the Braves Brad Cook.

His hard 2-way play and durability led Nick back for a full season in the BCHL with the Spruce Kings last season before returning home. 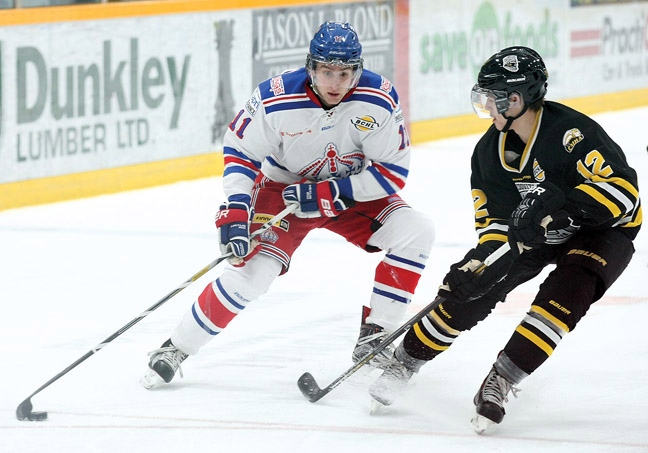 In what will be his final season in junior hockey Nick seemed to be the obvious choice to captain the Braves.

“Nicks competitive nature is off the charts. He hates to lose and hates to fail. A natural leader who will lead by example,” says Cook.

“You can expect an impact player every shift, he’s always a threat to score and a great set-up man. He’s very durable and very difficult to knock off the puck. His hockey IQ allows us to play him all situations.”

After losing a considerable number of veteran players from last seasons roster, we asked coach Cook what it meant to have Nick back on the team:

“Nick brings us stability in leadership and offensive production, making players around him better, and his experiences playing at the next level can be passed along to our younger players. His veteran presence has been a very welcomed addition and his production so far speaks for itself. Nick will be playing college hockey somewhere after this season while furthering his education, and will be another proud alumni for the Braves program.”

Nick has already made a huge impact leading the league in point with 21, and helping the Braves get to a 5-3 start that sits them atop of the VIJHL South Division.

You can catch Nick and the Braves at home this Wednesday taking on the Peninsula Panthers. Visit saanichbraves.arraydev.net for the full schedule and all the latest Braves news and updates.