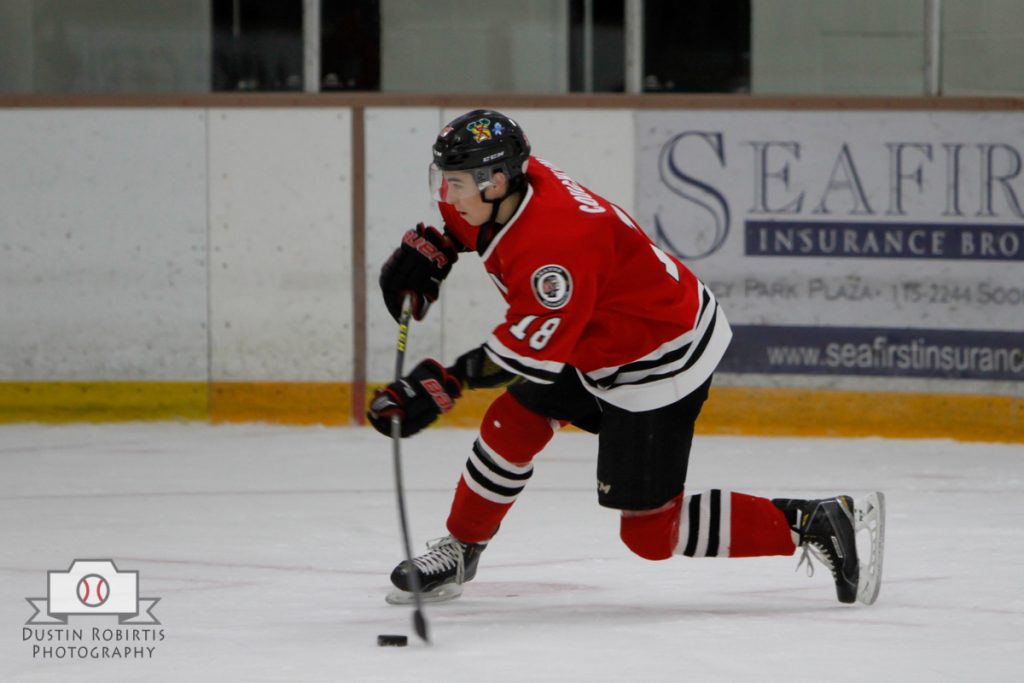 Friday night’s game marked the First Birthday for the Braves mascot Bauer. All the mascots from town came to celebrate and have fun with the fans and there was even cake to be had for everyone. It seemed that the Braves wanted to put on a show of their own scoring six goals, four of which came from Nick Guerra.

The Braves scored four goals in the  first period. Starting early with a backdoor one timer on the powerplay from Guerra three minutes into the game. Guerra scored two more in the period to net himself a hat trick within twenty minutes of play. The other goal from the Braves came from Brandon Barnes.

The Second period was an even show with one goal from both teams. The braves goal was scored by Jordan Strandlund as he buried home a loose puck in front of the net. Both Strandlund and Barnes goals were the first of their careers.

The Third period saw Guerra hungry for more weaving through the Buccaneer defence and wristing home his fourth goal. The Buccaneers answered back with two goals but ultimately couldn’t overcome the deficit and the Braves won six to three. 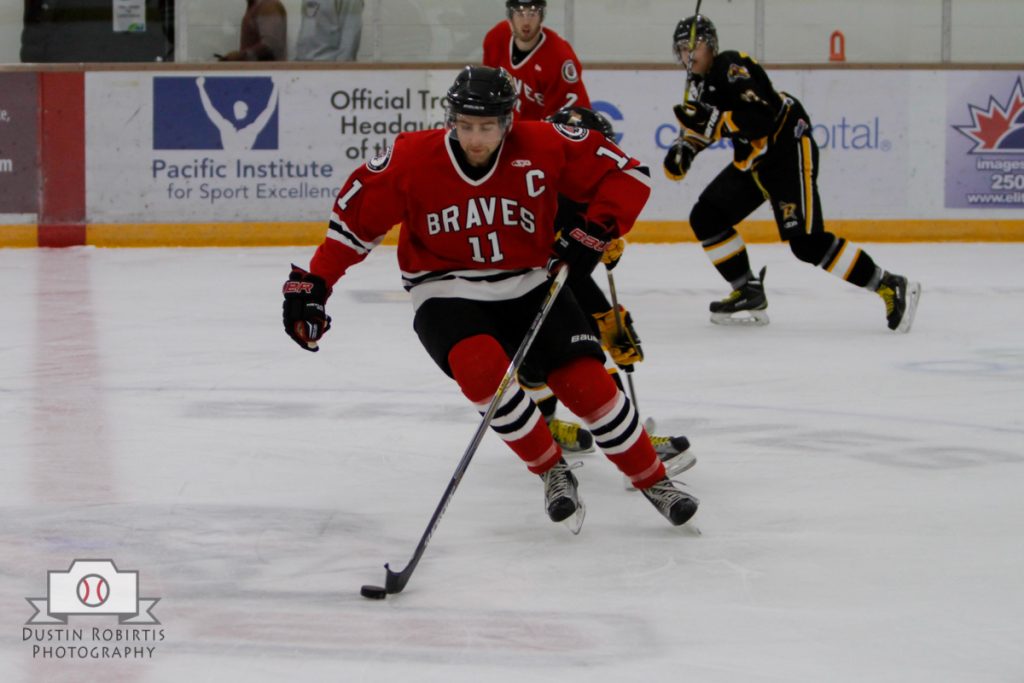 After the game we talked to the Braves Captain Guerra about his leadership and performance on the ice leading his team to victory: ” We have had a really good start thus far going four and one here in the first two and a half weeks. All the guys are gelling well. Personally being on a line with Dale McCabe and Drew Coughlin found us a lot of chemistry early on. We have a great group of guys here and lots of depth. Congrats to the younger guys getting their first goals tonight. It’s been a real team effort thus far.”