Braves comeback to win season opener at home in overtime 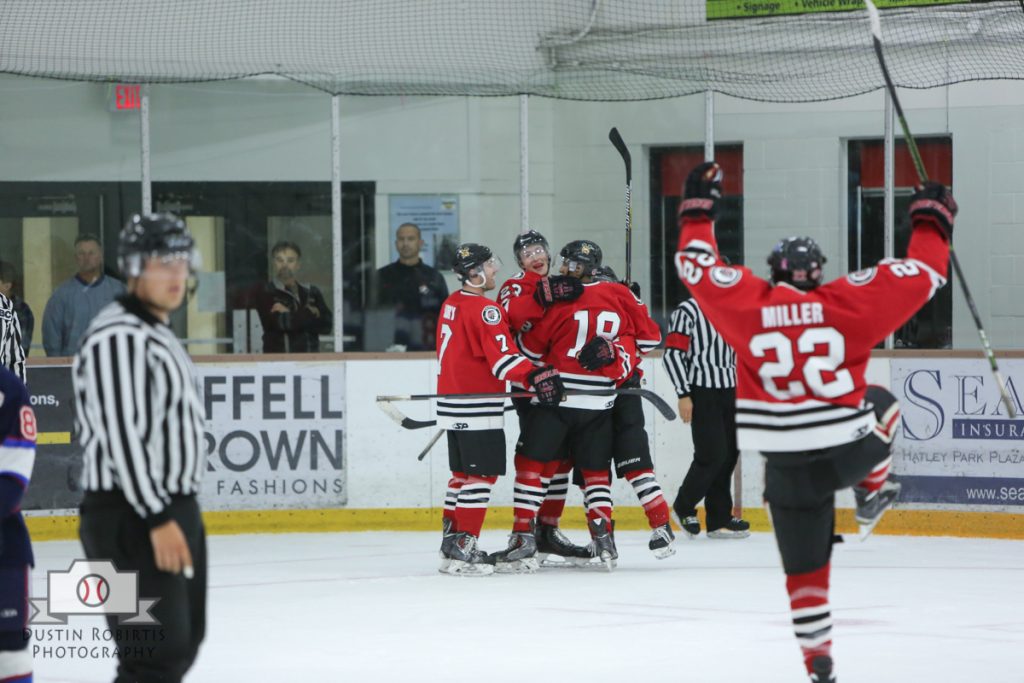 Hello hockey fans and welcome to another season of Braves hockey. Last night was the Braves home opener and the atmosphere was electric. Lots of energy from both the team and the fans at Pearkes. The Braves welcomed a few special guests to the Arena to kick off the season including the Mayor of Saanich, Richard Atwell, and Mena Westhaver, a guest rider for the tour de rock this year. Proceeds from presale tickets went to Mena and the cause, as well as 50/50 and chuck a puck. Also good news for Braves fans as the concession has upgraded their menu! The Braves are pleased to bring in fries, chicken fingers, and onion rings this year along with last years’ favourites.

After the Braves were introduced to the fans it was time to get back to Braves home ice hockey. The energy from Pearkes directly translated to the Braves as Dale McCabe scored half way through the first on a loose rebound in front of the net which he buried top shelf. Unfortunately celebrations didn’t last too long as the Panthers scored two possessions later to even the game at one.

The second period of this game seemed to bring out past beefs and frustrations from both teams as the game turned physical. Lots of big hits and tensions flaring between past players. The Panthers cleared the puck from their own end after a press by the Braves and the clear wasn’t handled by the Braves defense which allowed a two on one rush the other way. This opened a backdoor opportunity for the Panthers which was capitalized upon. Despite the full effort by Braves goaltender Bryce Schiebel, the Panthers scored the go ahead goal. After two periods at Pearkes the Panthers clawed ahead two to one.

The third period was exciting to watch. With an extra attacker after pulling Schiebel, the Braves managed to overwhelm the Panthers in front of the net. A loose puck slid to Nick Guerra which had his eyes on an open net and made no mistake pushing across the game tying goal with only minutes to spare in the game. This forced the game into overtime. 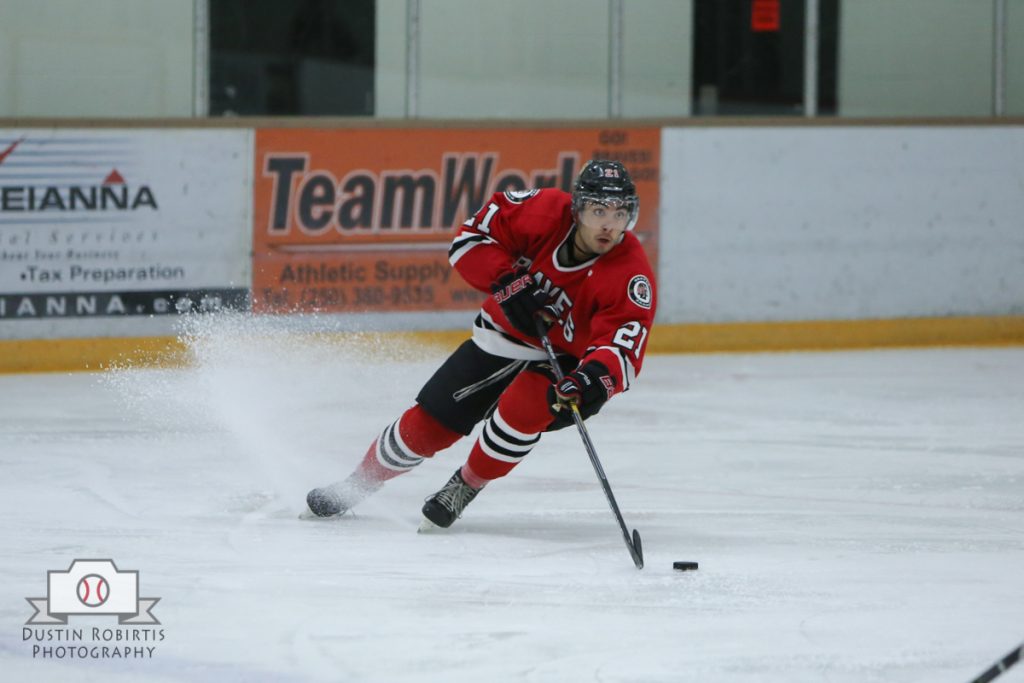 Overtime didn’t last long. The Braves had all the momentum and used it to their advantage. Gavin Grewal tossed the puck on net in the Panthers zone and this was tipped in by Scott Henderson for the game winning goal. Braves win three to two.

After the game we caught up with Head Coach Brad Cook and talked about his view on the club and what their keys to success will be this year: “Things we need to work on this year is “By Committee”. We don’t want to be a one dimensional team that relies on the same guys every game. Of course we expect our older veterans to go out and lead us on the ice from day one, but having said that we need the learning curve to be quick and to have some of our younger players step up in crucial roles. Great way to start the season getting four points in two nights. We are looking forward to the test this weekend against a few great teams”.