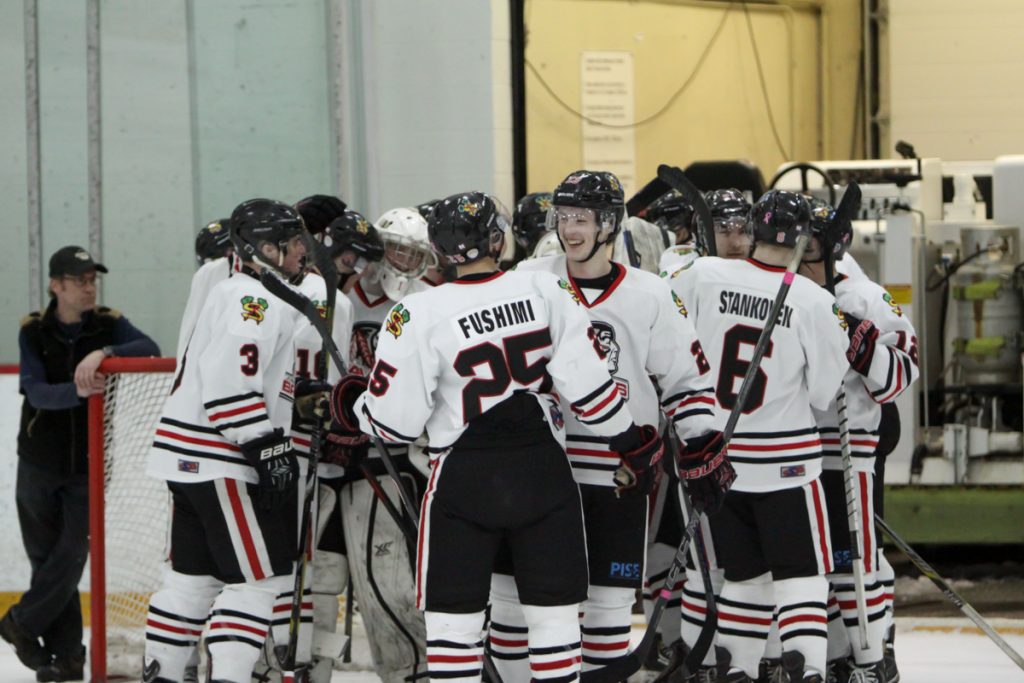 The Braves are hot right now. Playing hard and playing the type of hockey that Braves fans know they can play. This was evident tonight with fast paces play, great defence and unmatched teamwork. With the win tonight the Braves have evened the series at one a piece.
Part way through the first period the Braves took a penalty and were a man down. This didn’t make any difference for Braves Forward Jack Rachwalski forcing a turnover on the Braves blue line and taking the puck on a breakaway and scoring a shorthanded goal on a top shelf wrister past the Storm’s netminder.
The storm answered back in tonight’s second period on a one timer from behind the net to a man left open in front. Soon after the Braves were awarded a power play and Forward Scott Henderson scored on a buried rebound in a big scrum in front of the net. This would be the games game winning goal. Sealing the win for the Braves two to one. 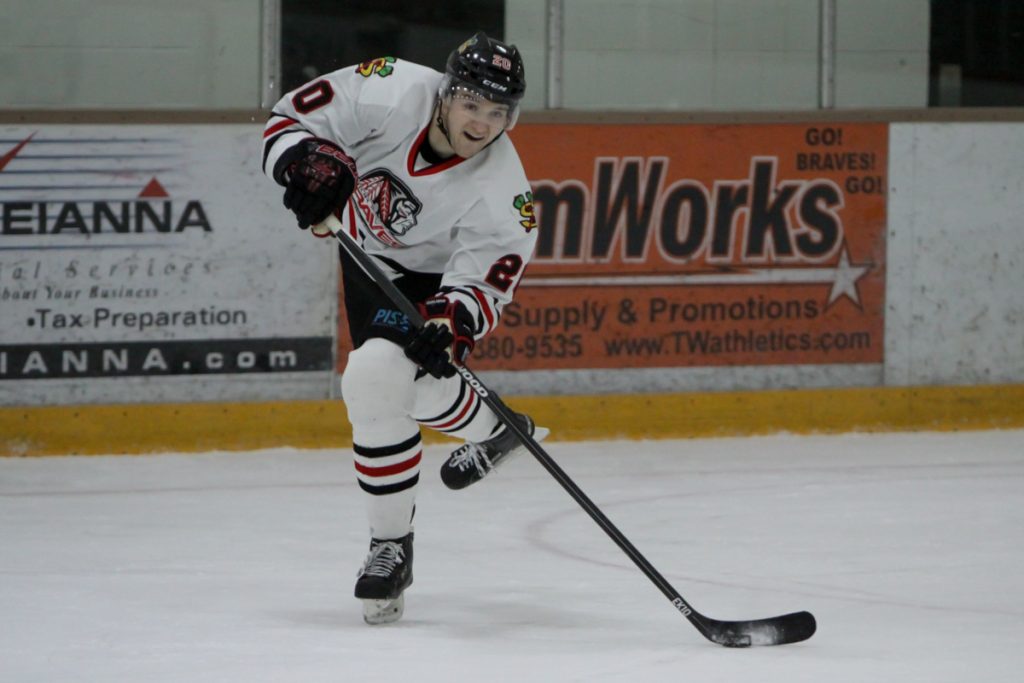 After tonight’s game we caught up with Braves Assistant Coach Bowman Rutledge and asked about his teams plan to keep winning and advancing in the playoffs: “I think it’s going to be a long series, and I think that the boys found a way to battle tonight. We just need to keep going hard through this long stretch and figure out a way to take them in the long run. The playoffs can be pretty long and gruelling so the guys need to find a way to stay hot and stay healthy.”
The Braves next home game is Sunday February 28th Puck drop is 4:30pm