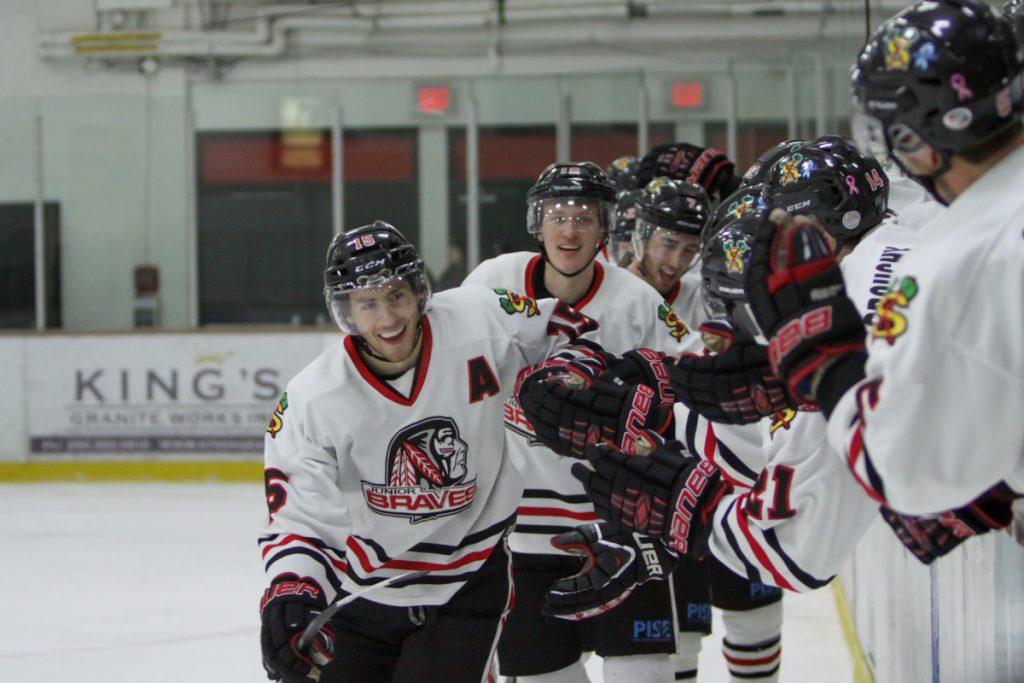 The Braves played their best game of the season tonight edging the Generals three to two in a one game playoff. The winner tonight moved onto the first round of the playoffs and the losers season would be concluded.

Half way through the first period the Generals had a goal waved off due to an ineligible player scoring the goal. That player had his facemask pulled off by a high stick. Later on in the period, Dale McCabe tipped in a rebound off a Cameron Kovesdi shot to make it one nothing Braves after one period of play. 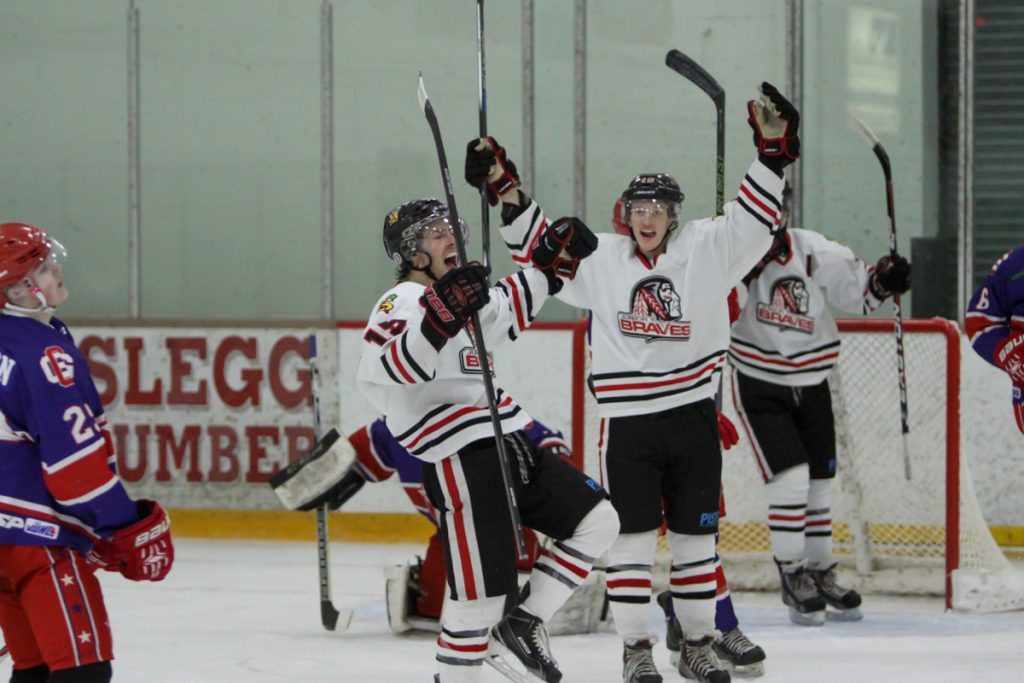 In the second period the Generals had an odd man rush due to a Braves turn over that resulted in a backdoor one timer to even the score at one. Evan Horvath wristed home a pass from behind the net to once again give the Braves the lead. Oceanside gave the Braves heavy pressure at the end of the period and forced a long shift for the Braves and ultimately scored a grindy goal to tie the game at two after two periods of play. 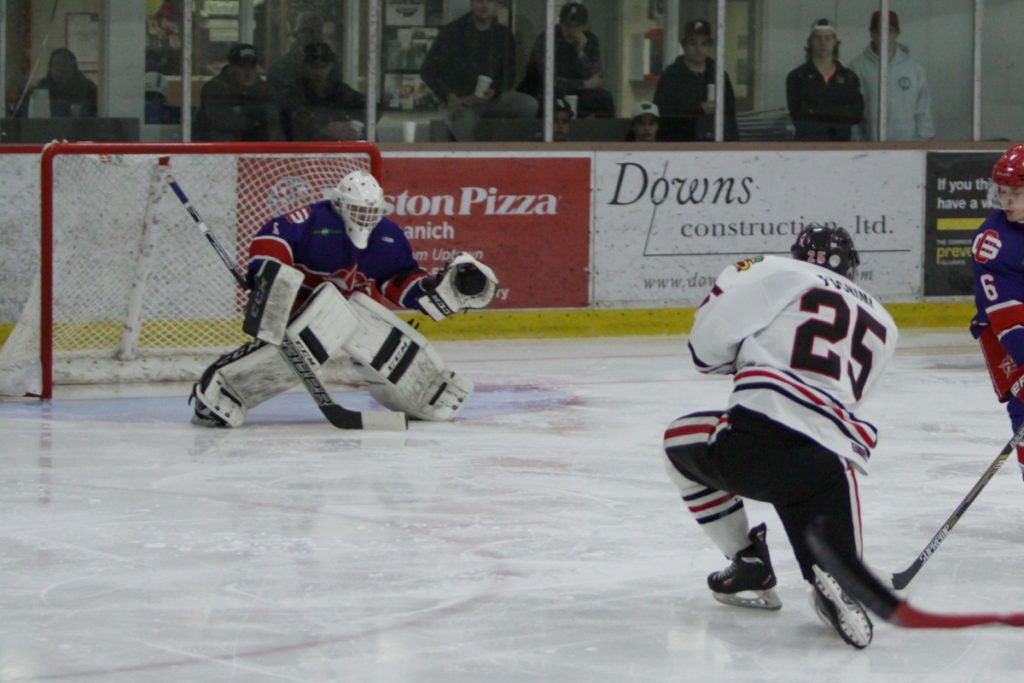 Tonight’s game winning goal was scored by Brandon Fushimi. Fushimi skated in from center ice weaving through the Generals defence and wristing home the goal top shelf. Despite a six on four last two minutes of this game for the Generals the Braves held the lead and finished this game on top.

After tonight’s game we chatted with Head Coach Brad Cook about his teams fight tonight and their game plan for the playoffs: “We are feeling good. We tweaked a few things over the last few games of the season. The things we changed we got better at each game and I thought we were really good tonight. Tonight had the making of a great one game elimination game. It was everything it was supposed to be. We were lucky enough and happy enough to have the win and now were off on a bus Tuesday up to Campbell River. It’s a new season and anything can happen.”