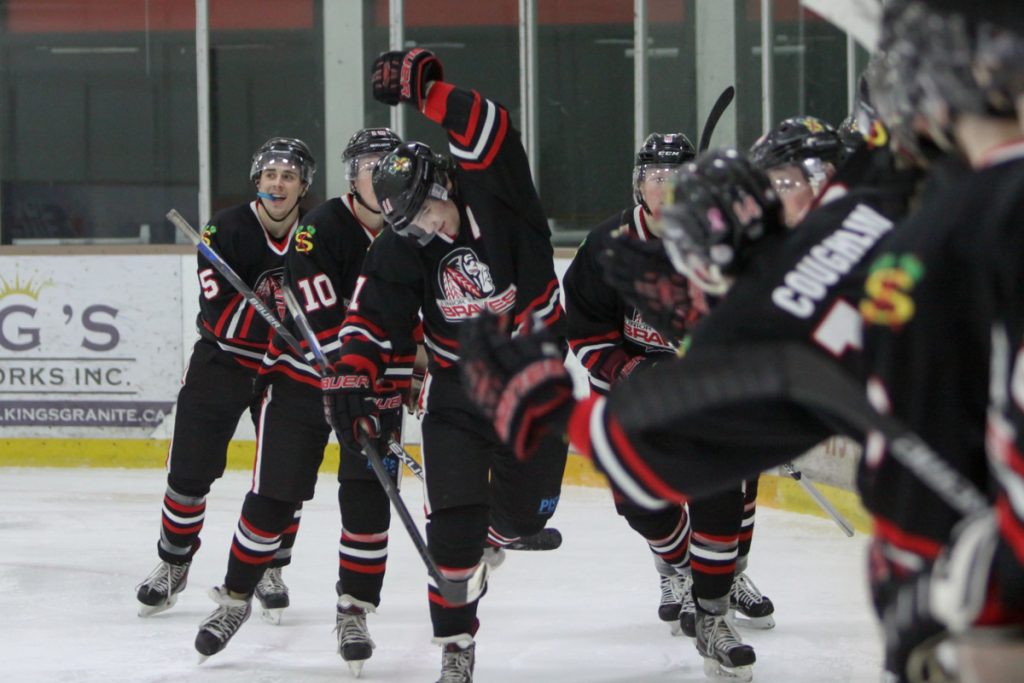 The Braves were caught by surprise in tonight’s game. Three goals from Kerry Park in a matter of minutes to start tonight’s game was definitely not how the Braves wanted to start this one. Luckily the Braves did not back down and with the help of Kean’s hat trick they edged the Islanders five to four,

Tonight’s first period was dominated by Kerry Park. Four goals compared to the lone Brave goal really set the tone early. The Braves had a serious lack of momentum going into the second period. All of Kerry Parks goals seemed to be events where there was nothing the Braves could do. Lucky bounces, shots through traffic, right place at the right time. This could have been why the Braves did not get discouraged and kept the fight alive. 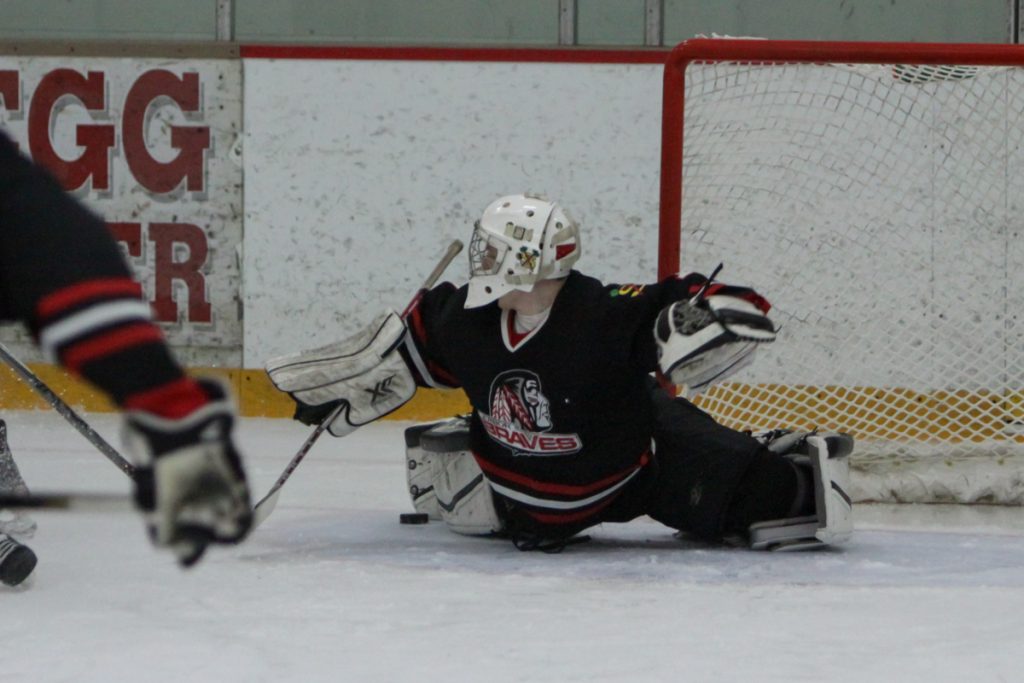 The second period is when Nick Kean decided to put the team on his back and hop on the comeback train. First Kean battled to the net on a point shot and tipped in a rebound to put the Braves within two. Next Kean battled past a defender to create a two on one rush where he again batted in a rebound to put the Braves within one. Then after all that hard work, Kean still had more fight left in him. While shorthanded, Kean battled through multiple defenders to lead a breakaway chance and made no mistake burring home the shorthanded goal to tie the game. Before the end of the game Braves defender Evan Badry launched a point shot through traffic to give the Braves the lead and that goal ultimately would be the game winner.

After tonight’s game we caught up with the Hat-Trick Scorer Nick Kean and asked about his team fight and how it felt to be the star in tonight game: “We just had to keep working hard. We know that when we are playing out systems we are a heck of a team to play against and especially against this team when we cycle our lines we are really good and we can really get it going. It felt really good to score those three goals but the win feels a lot better”

The Braves next home game is Friday February 19th. Puck drop is 6:30pm.