Braves Storm Back from Behind to Earn a Point in Overtime 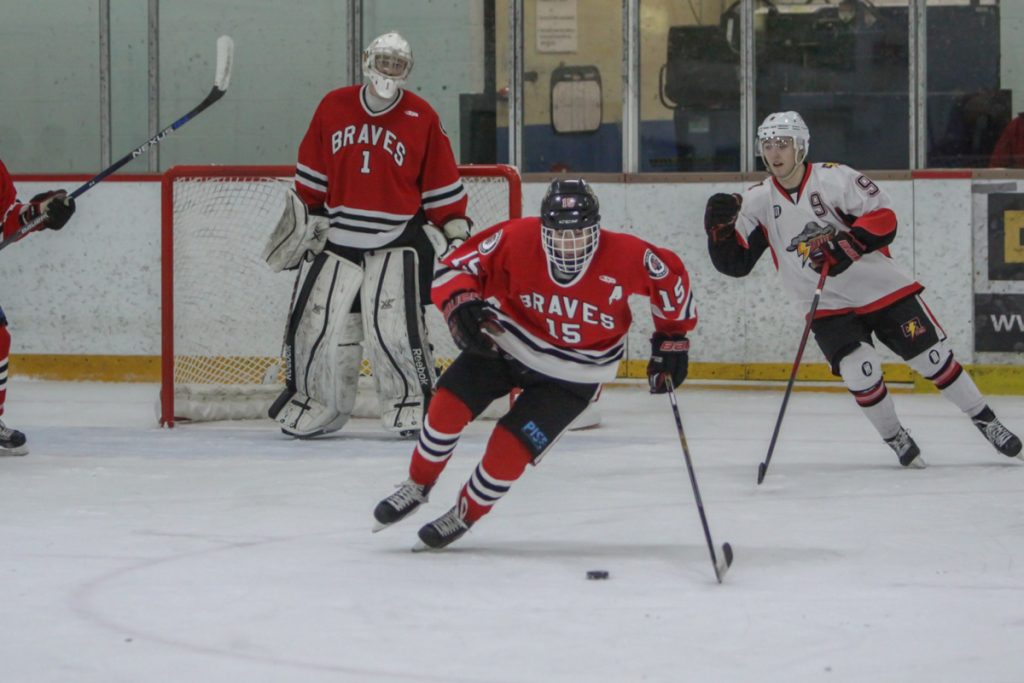 The Braves spotted the Storm a early three goal lead in tonight’s game. The Braves were not going to give up though. They fought their way back to tie the game at four and send the game to overtime. Unfortunately a nifty move by one of the Storm earned them the win in this one. A well fought game tonight earning the Braves a point in Overtime.
The first three goals in tonight’s game came from the Storm. Two in the first due to some poor penalties and two man advantages. One more to start the second period on a stretch pass breakaway goal. Braves Forward Nick Kean strived to break the Storms momentum tipping in a rebound to make the score three to one Storm after two periods of play. 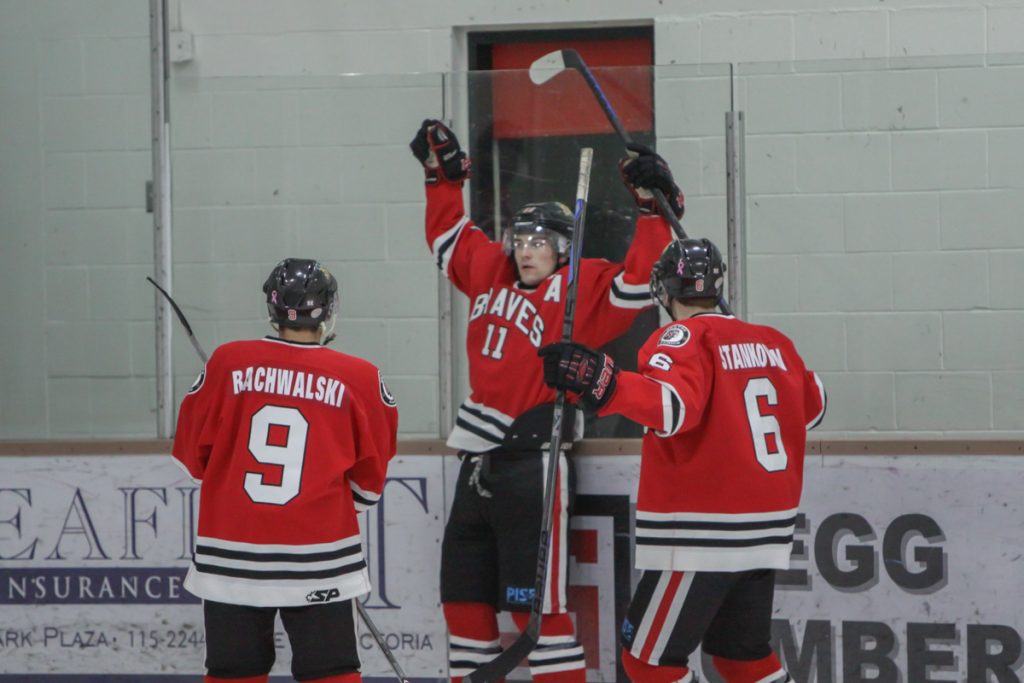 The Braves took off in the third period. Scoring three goals while the Storm only netted one. The first from the Braves was also from Nick Kean on a sniped wrist shot top corner through traffic. The second came from Evan Horvath on a big juicy rebound that left him a wide open net. The last goal from the Braves came from Evan Badry on a point shot through traffic that found its way to the back of the net. The Braves hard fought third period sent this game to overtime.
In overtime A Storm player created his own opportunity with a fancy individual effort goal which he finished on the backhand. This sealed the win for the Storm tonight.
After the game we spoke with Braves Assistant Coach Sam McMullen about his teams togetherness: “Well with a short bench sometimes rolling through our lines really helps everyone out. Everyone gets to be in the game more and see more ice time. It really showed tonight that with only three lines, everyone was engaged, involved and how close we are as a team.”
The next Braves home game is February 12th. Puck drop is 6:30pm.