Home | Braves Come up Short Against the Cougars

Braves Come up Short Against the Cougars 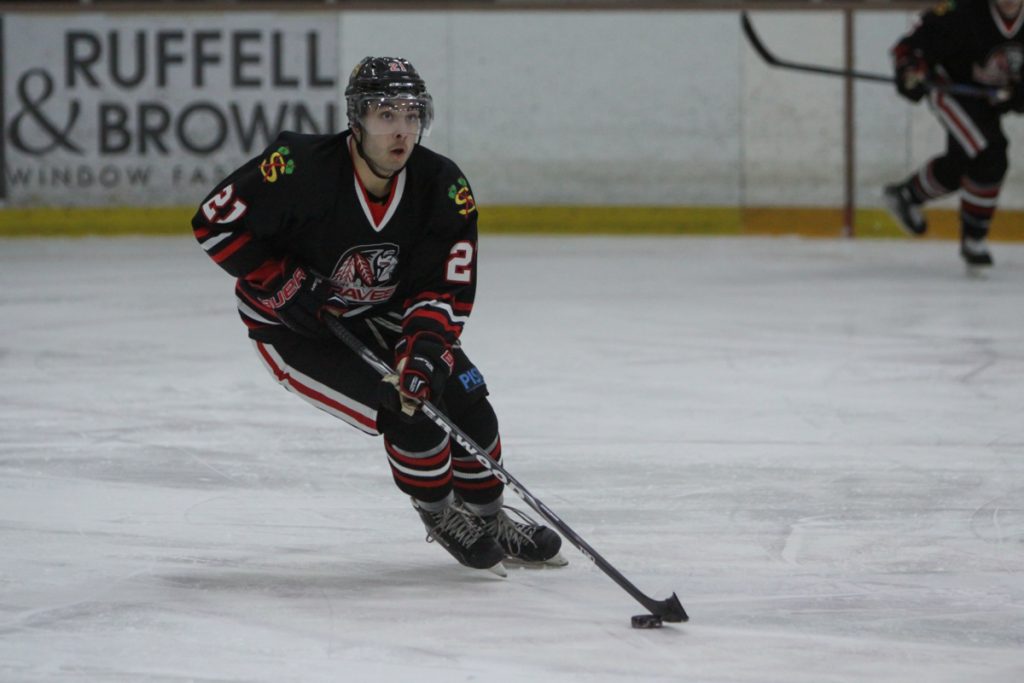 The Saanich Braves have been having some tough luck at home as of late. Facing the best team in the league, the team was looking to change their luck and get the team moving in a winning direction. Out of the gates the game plan looked to be working, but unfortunate calls by the referees, bad bounces and ultimately too many penalties looked to be the Braves downfall in this one losing to the Cougars six to two.

Right out of the gates it was evident that the Braves had some fire in their bellies. Fast pace and lots of emotion to start this game. This translates to an early goal from Nick Kean tipping in a point shot through traffic. Towards the end of the period the Cougars tied the game on a nifty no look pass in front of the net to an open back door goal. After one period of play the score was even at one.

The second period of this game got a little ugly. Lots of fights, penalties  from both teams but only  scoring from the Cougars. The Cougars scored four unanswered goals despite most of the second period being at even strength. After two periods of play the Cougars led 5-1.

If you only watched tonight’s first and third period you would have thought this was a very close and hard fought battle. Just like the first period, one goal from each team. The Braves goal was scored by Quinn Miller on a great saucer pass feed across the middle.  The final score tonight was Cougars six, Braves two. 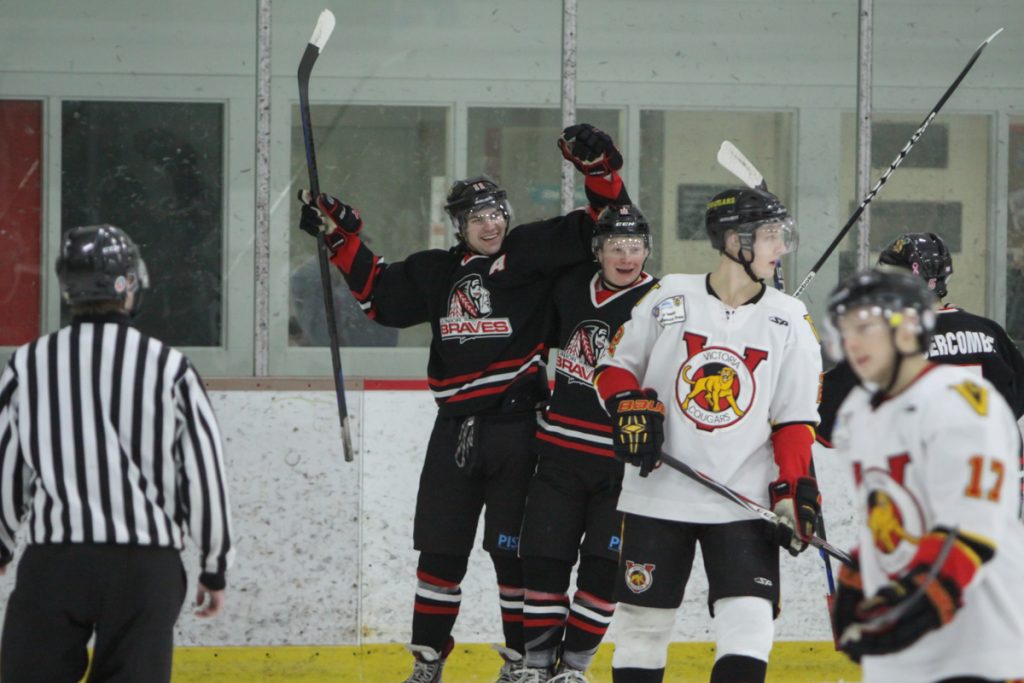 We caught up with Head Coach Brad Cook after tonight’s game and talked about what he wants for his team  going forward this season: “The most frustrating thing is every game at some point we are right there! Tonight we had even first and third periods. You can’t fault the boys effort out there. We saw some great emotion tonight. Our penalty kill was outstanding. It’s tough though because I can’t tell you the last time we played with our full bench. Our healthy guys are working their tails off out there. My message to our guys is we still have to show up every day and get our work in and have fun. Enjoy the game and consider ourselves fortunate we are lucky enough to be playing competitive hockey.”

The Braves next home game is Friday February 5th. Puck drop is 6:30.