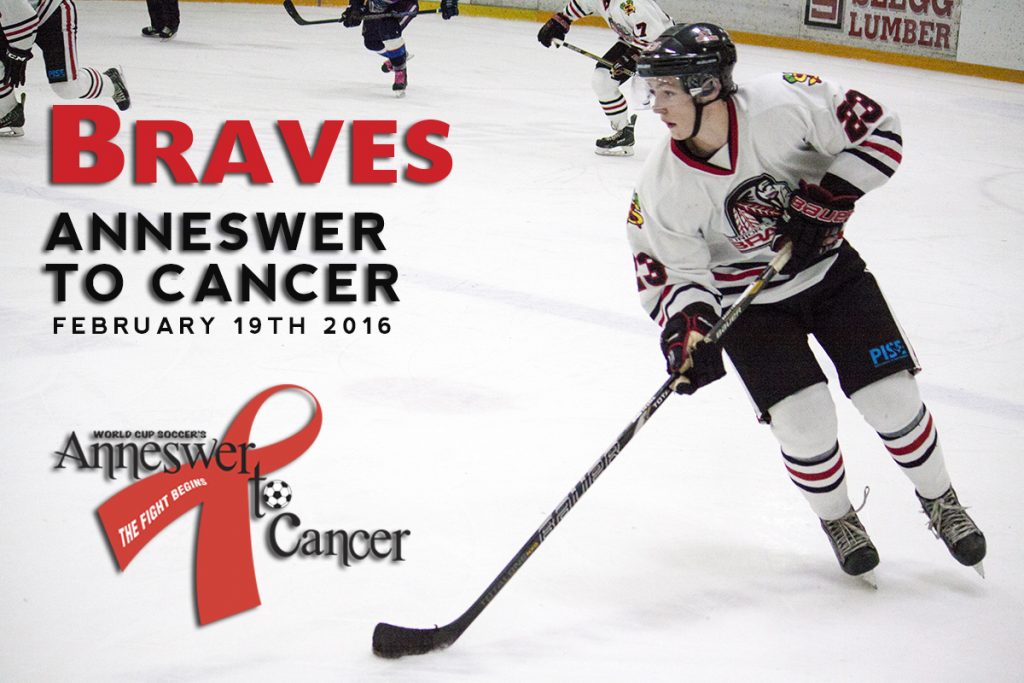 Supporting the community is a huge part of the Saanich Jr. Braves foundation. This year we’re excited to announce a game-night charity fundraising partnership with Anneswer to Cancer!

Anneswer to Cancer is an annual soccer tournament to raise money for Cancer and Hospice.

In 2010, Brett Hyslop lost his mom to cancer and spent many days with her at Hospice. Months later, he along with Steph Steiner, created this event in her memory to raise funds for families with Mesothilioma and needing Hospice care. (learn more)

Join the Saanich Jr B Hockey at their February 19th game to raise money for cancer research: 6:30pm, Pearkes Arena.

Wearing pink jerseys, the team will play hard in a game where all proceeds will be donated to the Anneswer to Cancer group — who in turn donate to the Victoria Hospice, in the name of Anne Gerard.

This is one of many events that will support the main fundraising event, an annual family soccer tournament in May!

The Braves will donate all the proceeds from their Feb 19th game, for:

Also, the players will be seeking pledges to shave their heads!

Come out and help us make a difference, help the Braves support Anneswer to Cancer and show Victoria Hospice how much we appreciate all that they do.

February 19th vs the Victoria Cougars