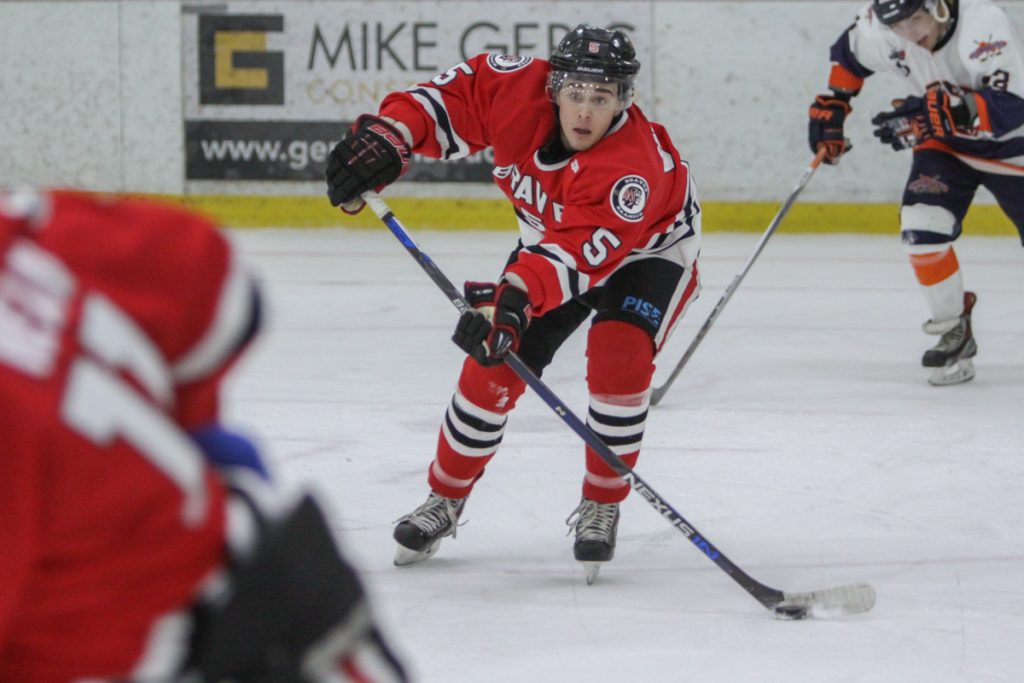 The Braves played a solid fifty-five minutes of hockey tonight but fell short in the final few minutes to the Islanders losing three to one.

Until the third period neither team could burry any of their chances. Lots of gritty play and good defence kept the game scoreless.

Early on in the third period frustration started to grow for both teams after numerous scoring chances both ways. Eventually tensions grew too high and a handful of penalties were handed out which ended up giving the Braves a power play. During this power play Braves defenseman Carlos Grouchy rifled a slap shot from the point for the go ahead goal and the Braves first goal of the game. Once the Braves had the lead unfortunately lapses in focus and judgement crawled into their game plan. A poor penalty by the Braves let Kerry Park tie the game on the powerplay. This goal crushed the momentum that the Braves had fought so hard to earn. Because of this the Islanders off the next faceoff took the puck into the Braves zone and scored again. Quick back to back goals with only a few minutes left. With a minute and a half remaining the Braves pulled their goalie for the extra attacker but unfortunately this resulted in an empty net goal to seal this one for Kerry Park three to one. 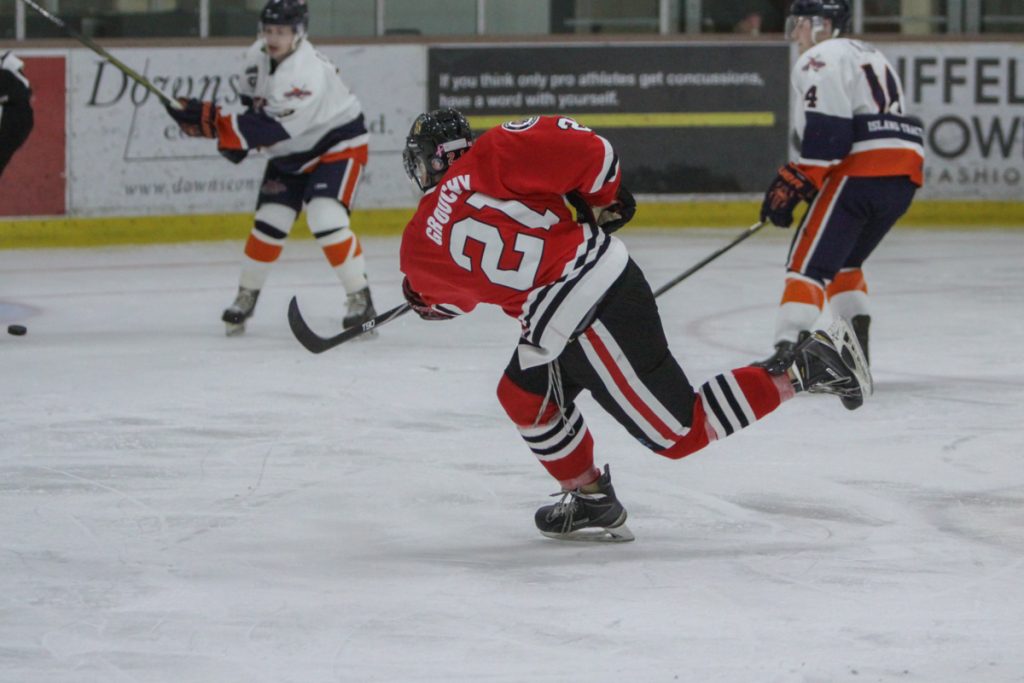 After tonight’s game we caught up with Assistant Coach Bowman Rutledge and spoke about his teams ending in tonight’s game. “We have lost twelve one goal games this year, if you don’t count the empty netter tonight that makes thirteen. I think it just comes down to having some desperation, really wanting to be that winning team, instead of that losing team. I think right now we just have that losing mentality and we are used to losing, we need to come out and change that and start winning the games we like we know how.”

The Braves next home game is Friday January 29th. Puck drop is at 6:30.