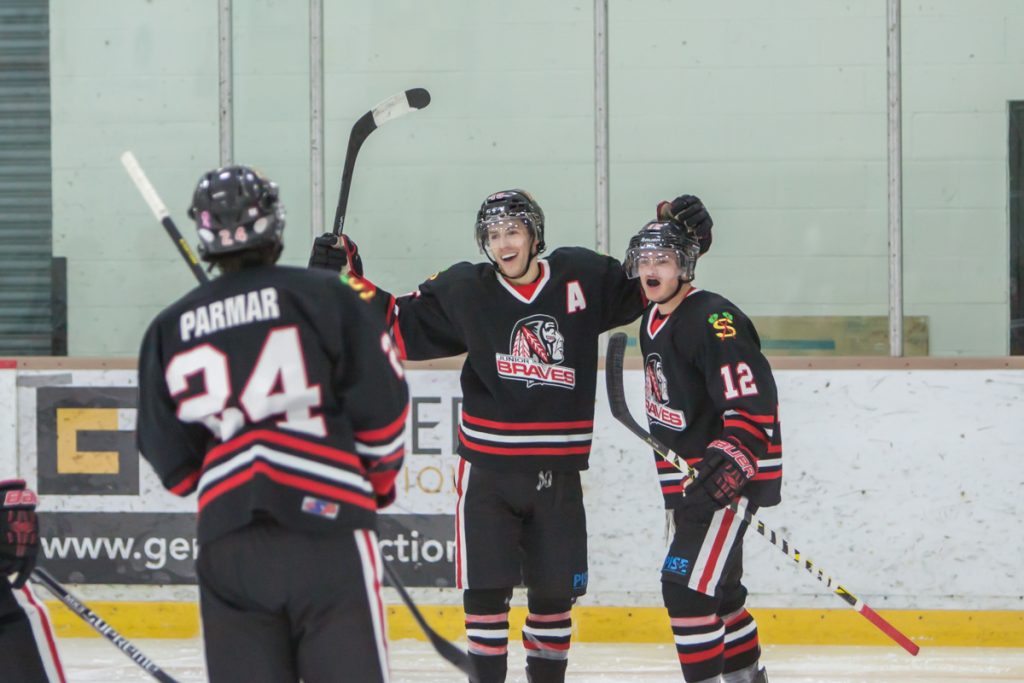 The Braves battled hard in tonight’s game. With key players out of the line-up, others had to step up and fight for their teammates. Some big moments and some great efforts and a few key bounces going the Braves way earned a victory in overtime.

The beginning of tonight’s first period did not give much hope to Braves fans looking to see the team turn their luck around at home. Oceanside opened the scoring tonight as Mathieu Jallabert forced a turnover on the Braves blue line and wristed a goal by Schiebel. Brandon Fushimi evened the score later on in the period weaving through multiple defenders and wristing a goal top shelf on a very pretty individual effort. After one period of play the score was one all.

Tonight’s second period was all Braves. Three goals in the period. The Braves second goal came from Evan Horvath on a nifty fake shot pass from Connor Birmingham. The Braves third goal was while they were shorthanded. A two on one rush saw a feed from Dale McCabe to Jack Rachwalski for the goal. The Third goal of the period from the Braves was Brandon Fushimi’s second goal of the night. Managing to get the puck in front of the Generals goal after a puck bouncing through traffic, Fushimi made no mistake knocking the water bottle off the net for a highlight reel goal. After two periods of play the score was four to one Braves.

The Braves seemed to fall asleep between the second and third period. The Generals Mathieu Jallabert took advantage of this scoring twice more earn himself a hat trick. With thirty seconds left the Generals pulled their goalie to add the extra attacker which paid off as they notched the game tying goal. This sent the game to overtime.

In the first overtime the Generals scored but the goal was waved off due to the net being off the posts. No score after one overtime.

In the second overtime the Generals committed a penalty causing the Braves to be awarded a penalty shot. The Braves newcomer Brendan Werstine took the shot and made no mistake burying home the game winning goal in overtime. Braves win five to four. 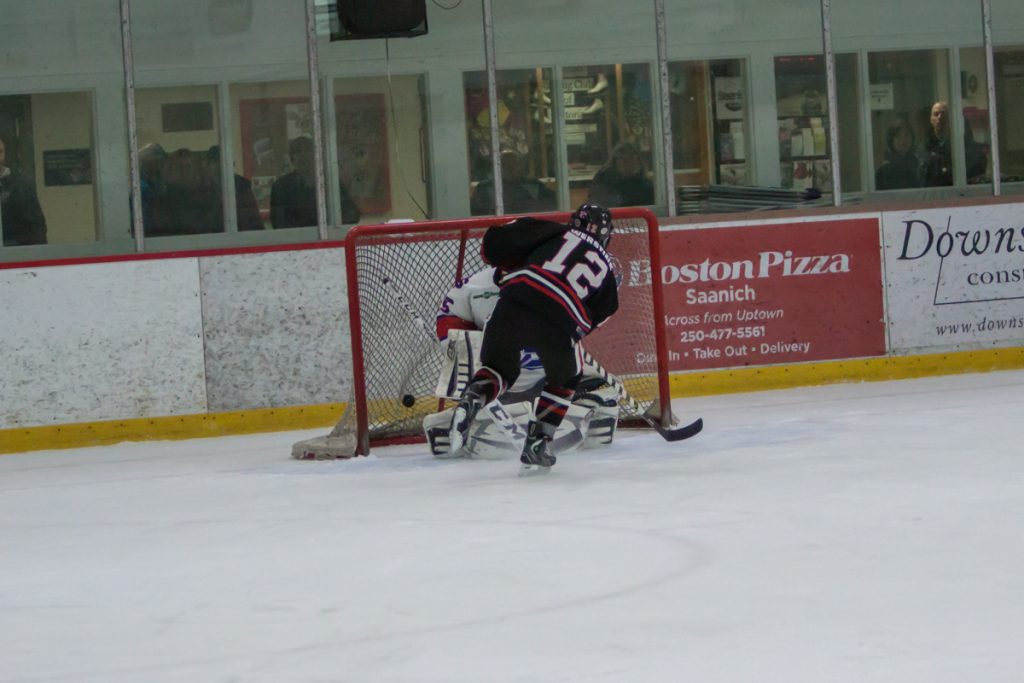 After tonight’s game Head Coach Brad Cook had this to say about his team’s recent play and process to continually improve: “Well there is no question over the course of the last five to seven games that we have been playing really good hockey. We have actually played better games than tonight and not gotten the win. That’s just hockey. The message we are trying to portray is win or lose stay with our process. I think we are getting better with this especially on the bench. It was nice to see some new guys step up. Tonight was out first overtime win this year so let’s take the positives and build on them and hopefully get on a run here down the stretch.”

The Braves next home game is Friday January 15th. Puck drop is 6:30