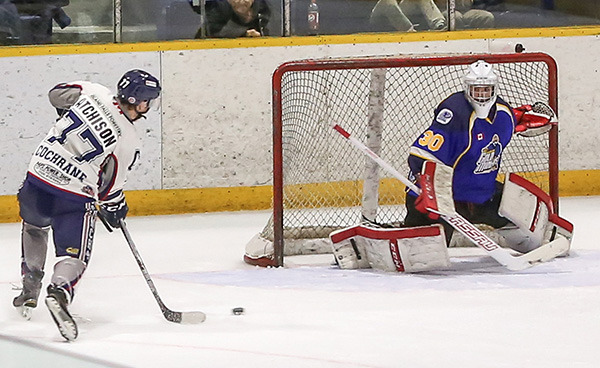 A pair of Saanich junior hockey players are playing their first full junior A season as over-agers, proving you should never give up until the game is over.

At 20 years old and in their final season of junior eligibility, former Saanich Braves Hunter Atchison and Seamus Maguire have finally found a permanent home in junior A with the Cochrane Crunch of the Northern Ontario Junior A Hockey League. Not only are they a key part of the team, they are enjoying surprising offensive breakouts and lead the team, and league, in scoring. Atchison is first in the league with 73 points in 33 games while Maguire is sixth in the league with 53 points in 30 games. Read full story here…