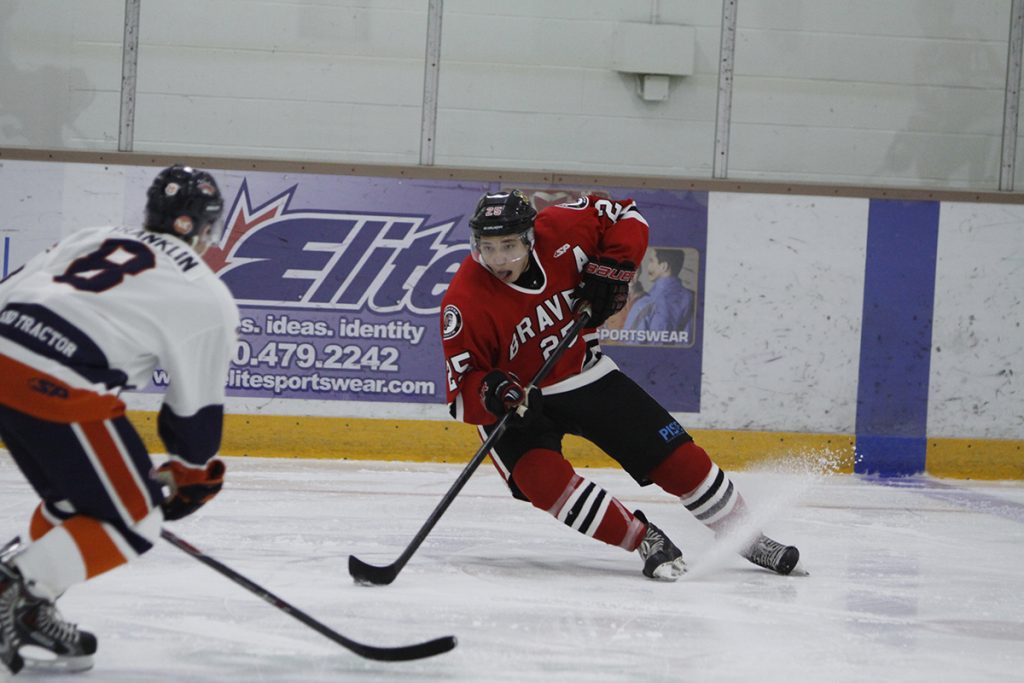 The Braves fought hard tonight, but they were shut out by the Islanders two to nothing.

The Braves came out of the gate firing, good passing, tough and physical play led to some good opportunities. However both teams failed to score in the first period. 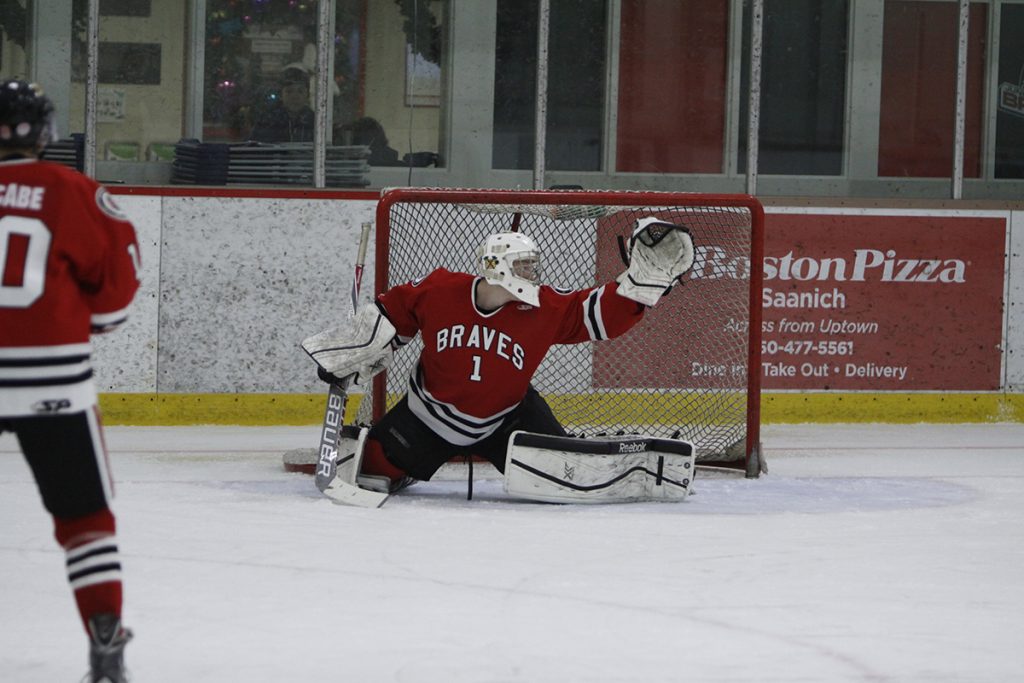 Kerry Park opened the scoring in the second with a Spin-o-rama a shot off a rebound, sliding just under Matheson’s pad.  After two periods of play, the Islanders led the Braves one to nothing.

The Islanders nearly doubled their lead, but the goal was disallowed due to a dislodged net. The Islanders added an empty netter to seal the victory.

After tonight’s game, Assistant Coach Bowman Rutledge offered a few words about the importance of working as a team; “We need to buy into all the little things as a team first and get some grit. I think it’s just going to come down to finding some character and grinding it out together as a team.”

Be there when the next puck drops at 6:30pm, on Friday, December 18, for the Braves upcoming home game.