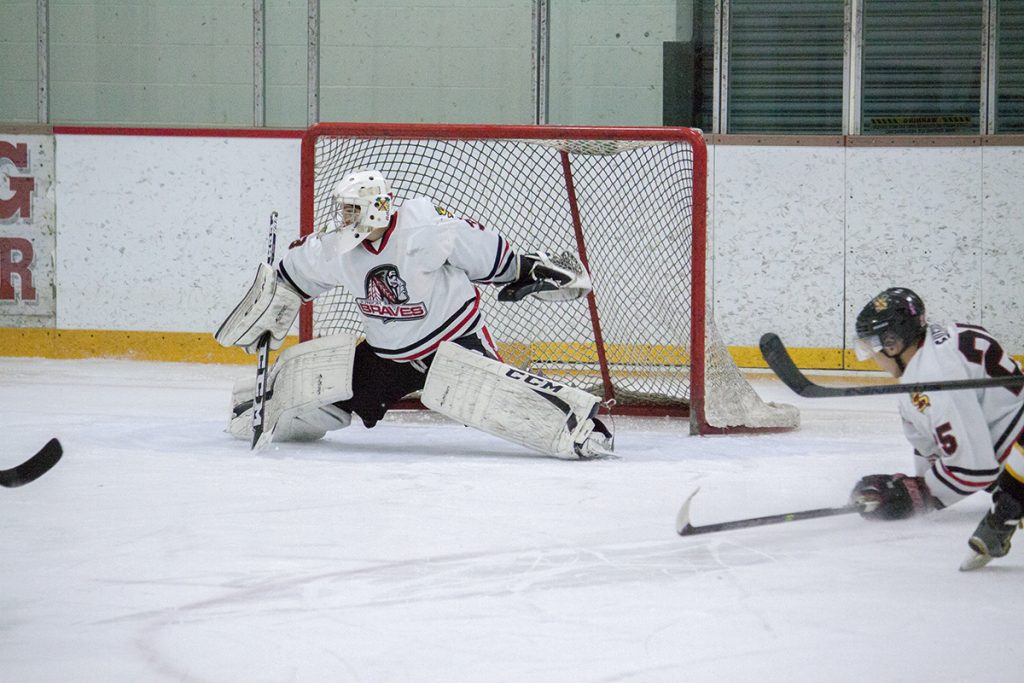 A fast pace, great team effort, and an outstanding play between the pipes by Bryce Schiebel, earned the Braves a win tonight over the Buccaneers 4-2, and Shiebel’s first win a s a starter!
The Braves started this game on the slow side. Looked as if the Buccaneers had the edge early on. Clayton Peace skated right through the defence and wristed home the first goal of the game giving Nanaimo the early one to nothing lead.
The second period is where the Braves turned it around, scoring two absolutely beautiful goals. The first came from Brandon Fushimi on a great individual effort through Nanaimo’s defence. The second came from Dale McCabe on a one timer from Fushimi on the power play. After two periods of play the score was 2-1 in favour of the Braves. 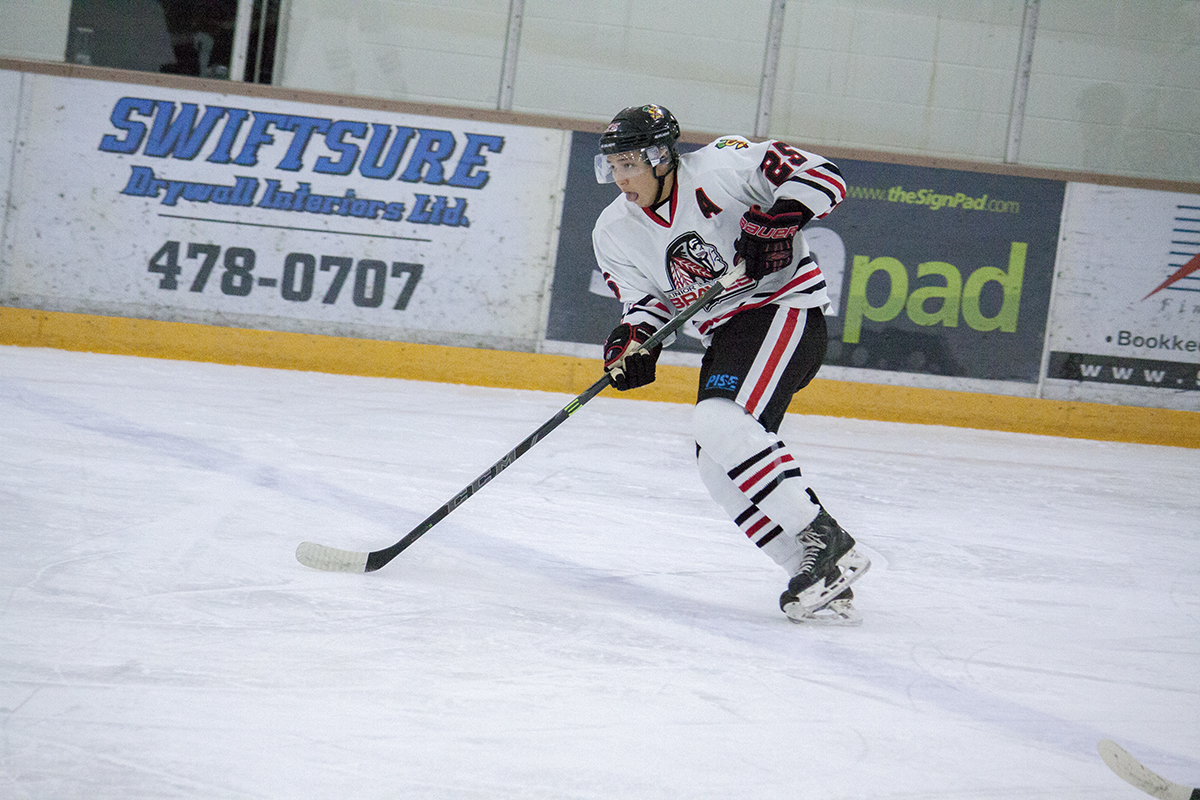 The Braves put the game out of reach in the third tallying two more goals. The first from Jack Rachwalski on a weird deflection through traffic which the Nanaimo netminder did not see. The second goal came from Connor Allen on an individual effort through a few defenders. 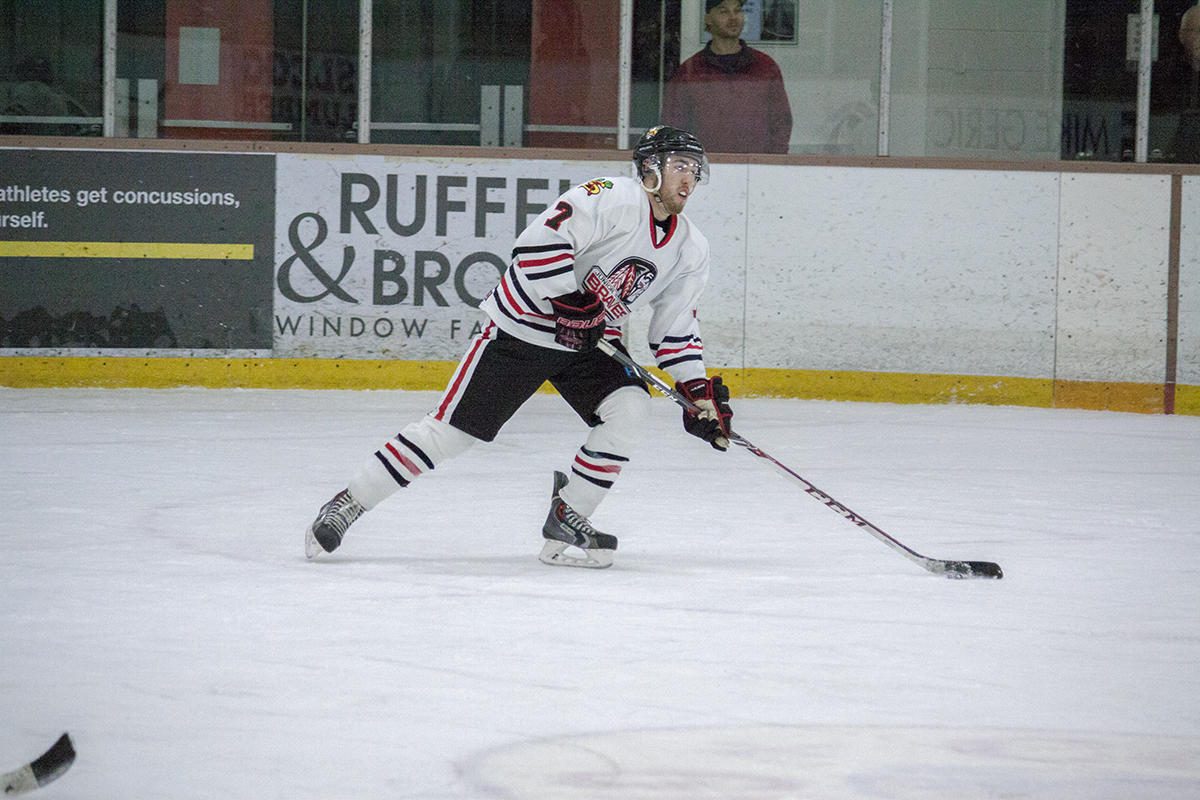 After tonight’s game Head Coach Brad Cook had this to say about his teams momentum change and comeback in this one: “We came out a bit flat in this one and once we got away from playing timid I said lets go out and play fast! Once that happened we changed the momentum back. We had some huge penalty kills, a few pretty unfortunate penalties there, but our boys really dug down there and blocked alot of shots and scrambled and fought hard. Schiebel was outstanding tonight. He was there when we really needed him. Got some nice goals tonight and it was nice to have some bounces go our way for a change.” 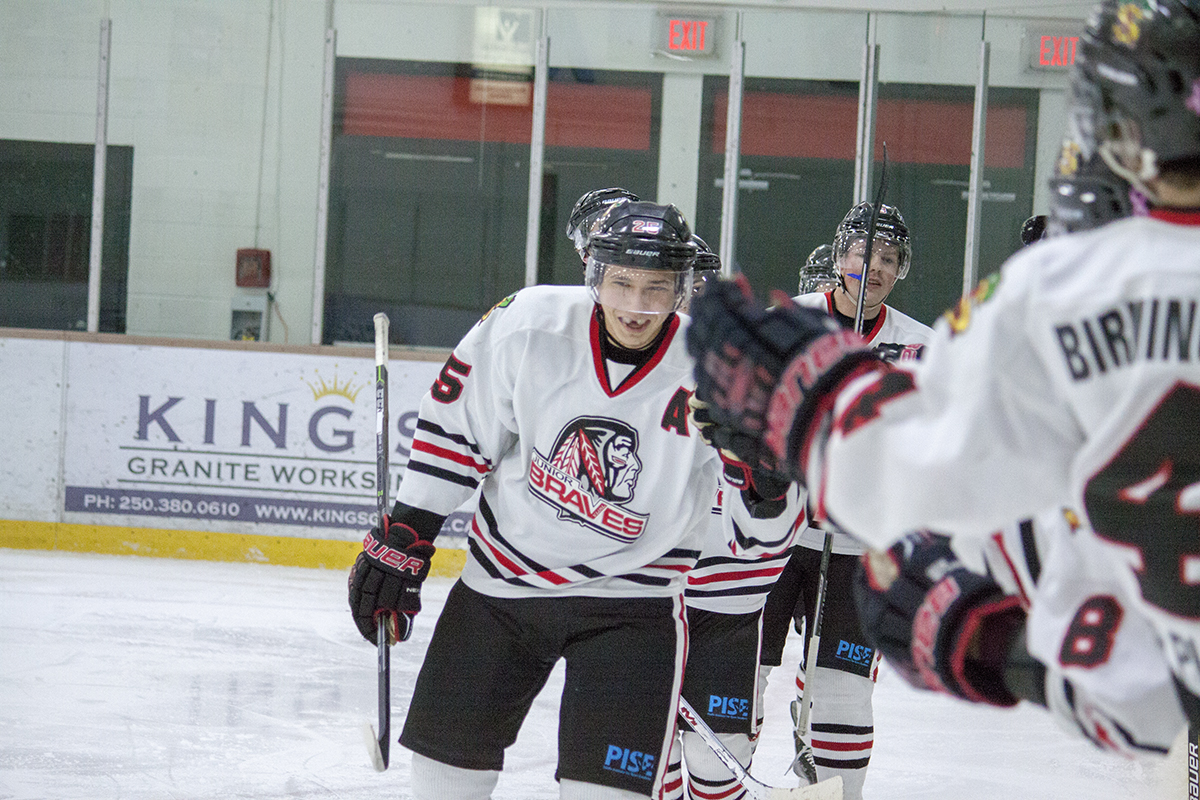 The Braves next home game is on Friday November 27th, puck drops at 6:30.