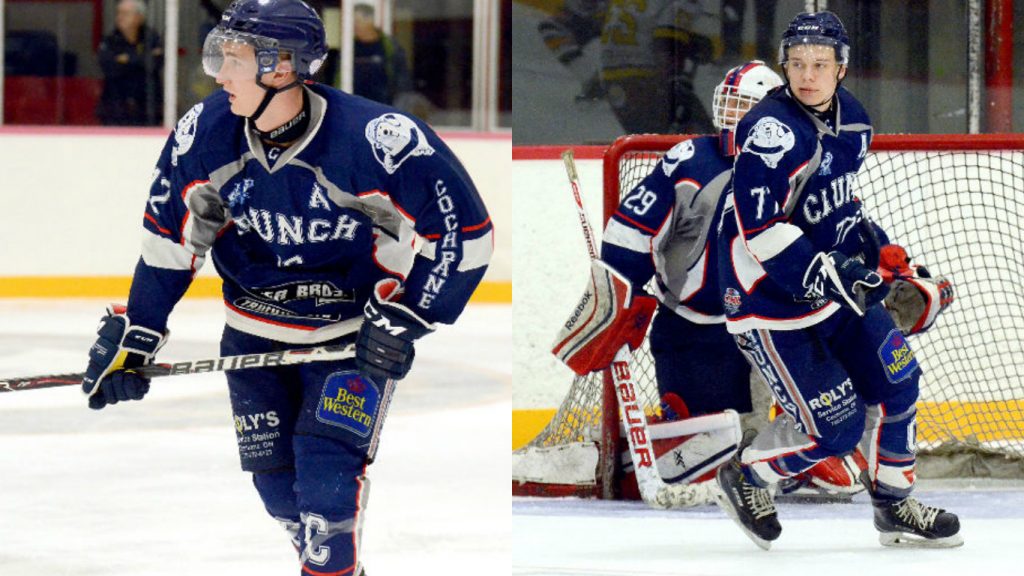 The Northern Ontario Junior Hockey League announced Monday its playing roster that will compete in the upcoming Eastern Canada all-star Jr. A Challenge, which goes Nov. 16-18, in Cornwall, Ont.

The players selected to the NOJHL roster for the three-day event were selected by the team’s director of operations along with the coaching staff.

The NOJHL has also announced a change to the coaching staff with Nathan Hewitt of the Elliot Lake Wildcats moving up from his assistant coach role to serve as head coach replacing Jordan Smith of the Soo Thunderbirds.

Joining the Team NOJHL staff as an assistant will be Jason Young of the Rayside-Balfour Canadians, who will work alongside Hewitt and the club’s other bench boss, Scott Wray of the Powassan Voodoos.

“The entire team staff is to be commended for their efforts and due diligence put forth in handling the very arduous task of selecting the players who will represent the NOJHL at this prestigious event,” added Mazzuca.

Making the task even more difficult is each competing side had a limit on the 1995-birth year players it could add to their respective rosters.