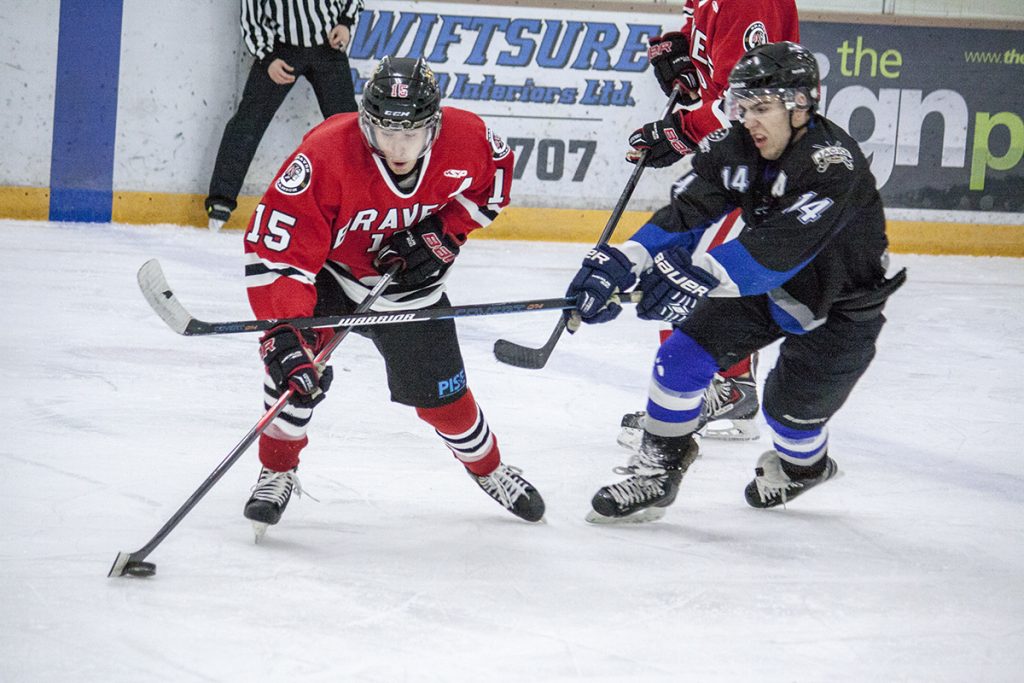 The Braves looked to be back on track through two periods of play in Friday night’s game, but disappeared in the third to fall to the Westshore Wolves 6-3 in a game that turned into a boxing match near the end.

Tonight’s game started out with the unveiling of the Braves new third jersey.  Red, with white and black trim, proudly bearing the “Braves” name across the chest.

The Braves scored first in this game with a buried rebound from Dale McCabe. Later on in the period the Wolves answered with a one timer from Tyson Malloch. The score, one-all after the first period of play. 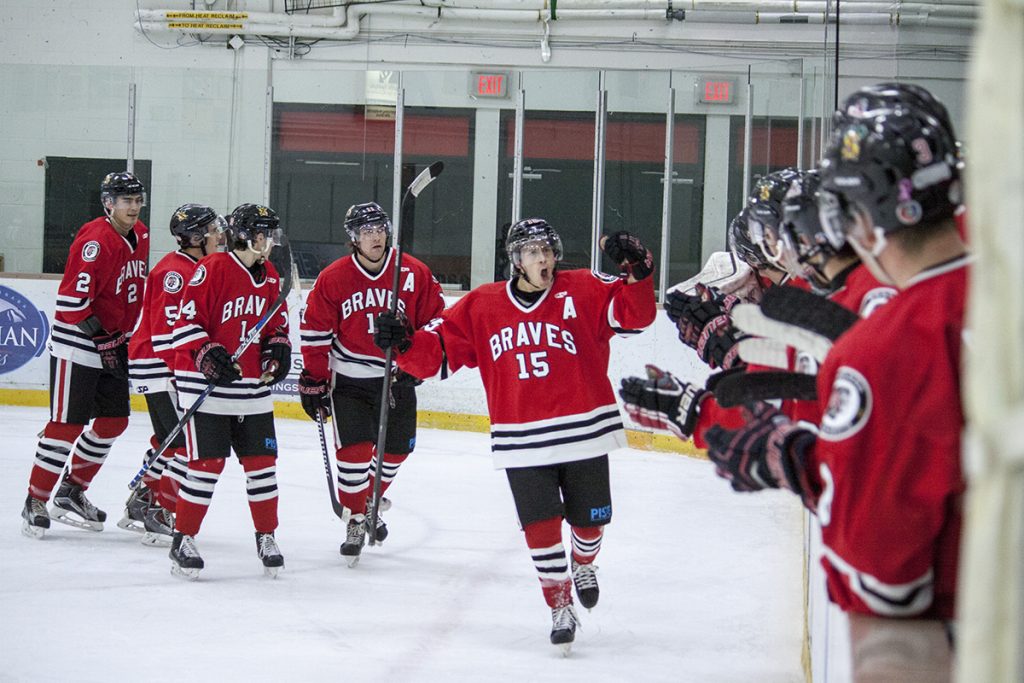 The Braves took over in the second period. Two goals back to back gave the Braves the momentum heading into the third. Evan Horvath tallied one of the prettiest goals you’ll ever see on the power play! 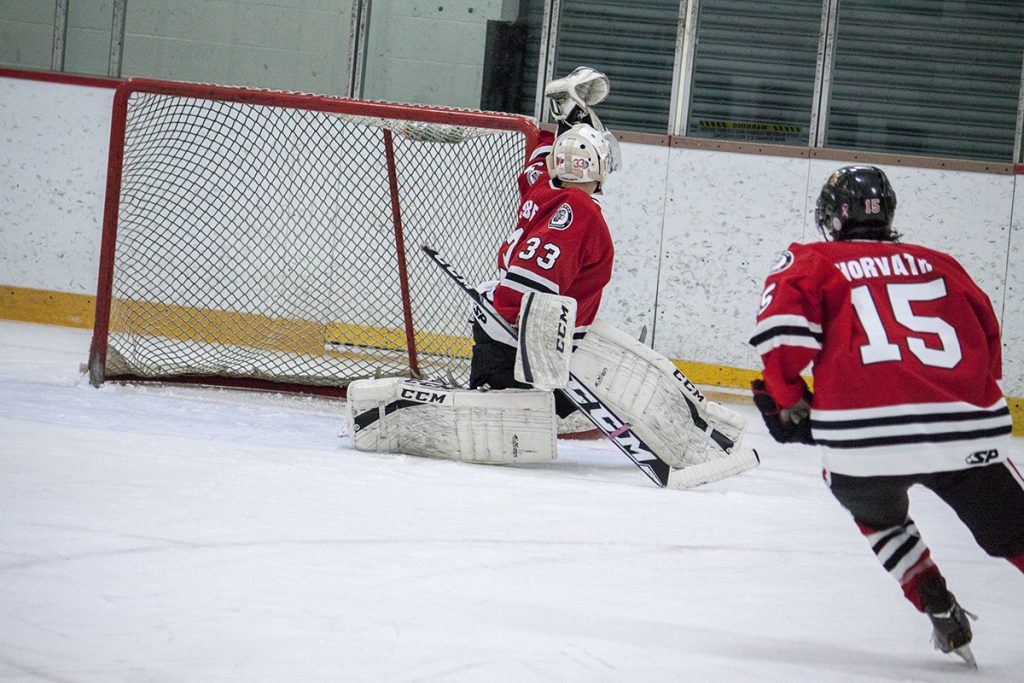 Despite having all the momentum going into the third, things took a turn for the worse as the Braves gave up 5 unanswered goals.  The first goal, a screened shot from the blue-line caught Goaltender Bryce Schiebel off guard.

Momentum shifted to the Wolves who didn’t let up until the Braves were put away for good.

The Braves frustrations finally boiled over near the end of the third dropping the gloves an number of times.

So changed between the second and third period for the Braves? “I think it was a combination of running out of gas a little bit, not knowing how to win, and being really soft…we have a pretty soft team. Said head coach Brad Cook. Our goalie was a bit out to lunch there, not sure what happened on that (first) goal, but you can’t give up soft goals like that. We didn’t do ourselves any favours either. I think we had numerous chances to put the game away, but we just had absolutely no urgency what so ever.”