Home | Braves and Panthers Battle to a Draw

Braves and Panthers Battle to a Draw 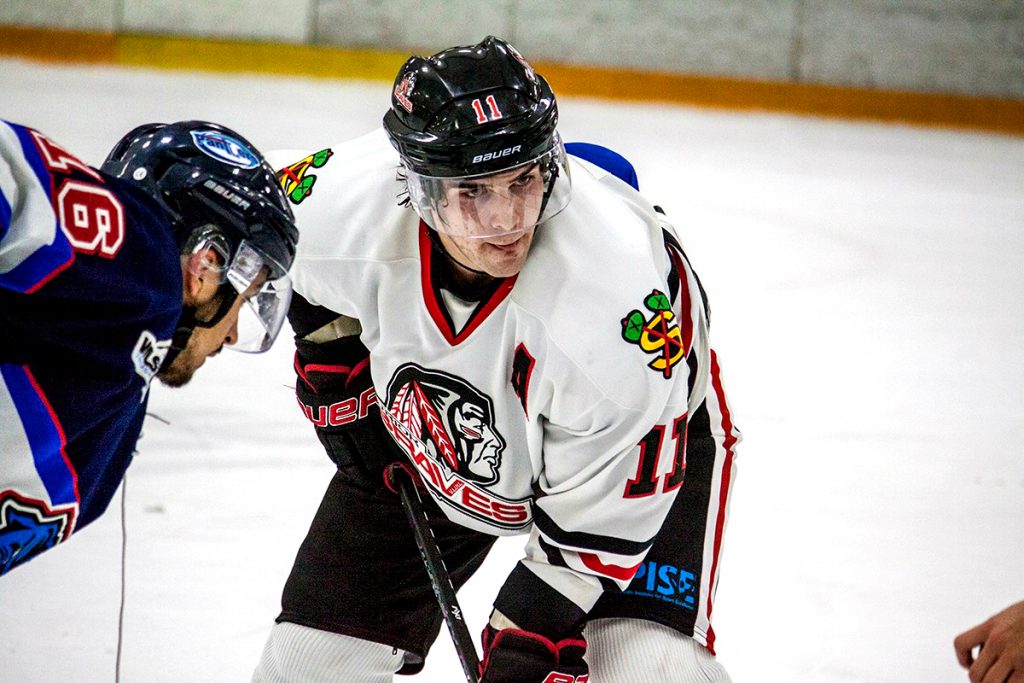 The Braves looked to be fresh during this mid week game. This was apparent early after a one timer from Dale McCabe gave the Braves an early one to nothing lead. The Panthers answered right back with a redirection off a brave skate to tie the game before the end of the first period.
The teams traded goals in the second, the first coming from Braves Quinn Miller on a well fought carry-round the net before sniping top corner. This was answered quickly by Panthers Drayson Lum with a puck through traffic. The score after two periods was 2-2.
The third period in this game was one to remember. The braves gave up two goals on poor plays and poor decisions, the first came on the power play from Kobe Hale after being roughed up on a poor penalty from the Braves. The next goal came from Ty Tremblay after taking the puck from the Braves on their blue line and scoring. Despite being down two goals late Dale McCabe was determined to bring lead his team back and out hustled the Panthers defenseman, turning the puck over and scoring a shorthanded goal. The Panthers took two late penalties and gave the Braves a five on three opportunity on which they capitalized, scoring the tying goal on a beautiful redirection in front of the net by Scott Henderson. Off to overtime… 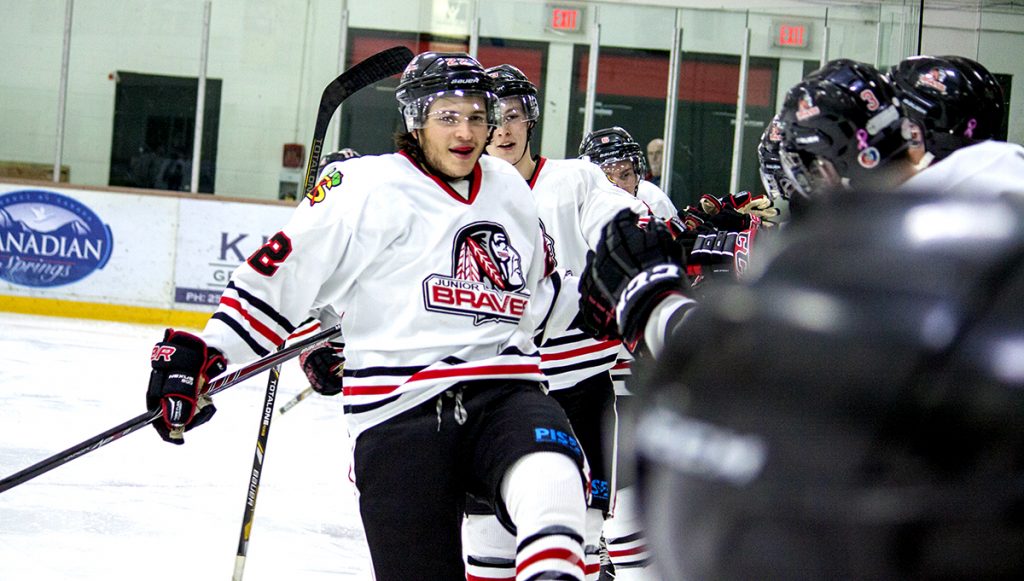 The game ended in a tie after two overtimes but not without controversy. Early in the first OT the Panthers threw the puck on net which was not seen by the Braves goaltender and went in. After contest from the Braves the referees convened and came to the conclusion that the net was off its bearings. The goal was waved off and play continued.
Head coach Brad Cook had this to say about the teams late comeback and about tonight’s outcome: “I think it came from within quite frankly. You know, I thought we put ourselves behind the 8 ball when it really wasn’t needed with a few stupid penalties, we had terrible puck control and zone presence and this wore us out a bit there towards the end. We are definitely taking the small victories here, to come back from two behind and find a way to get a couple past the goalie. A point at home against a team that is chasing us. Also a pretty good night from Bryce Schiebel, that was his first home start as a Brave and I thought he fought and battled hard out there tonight. 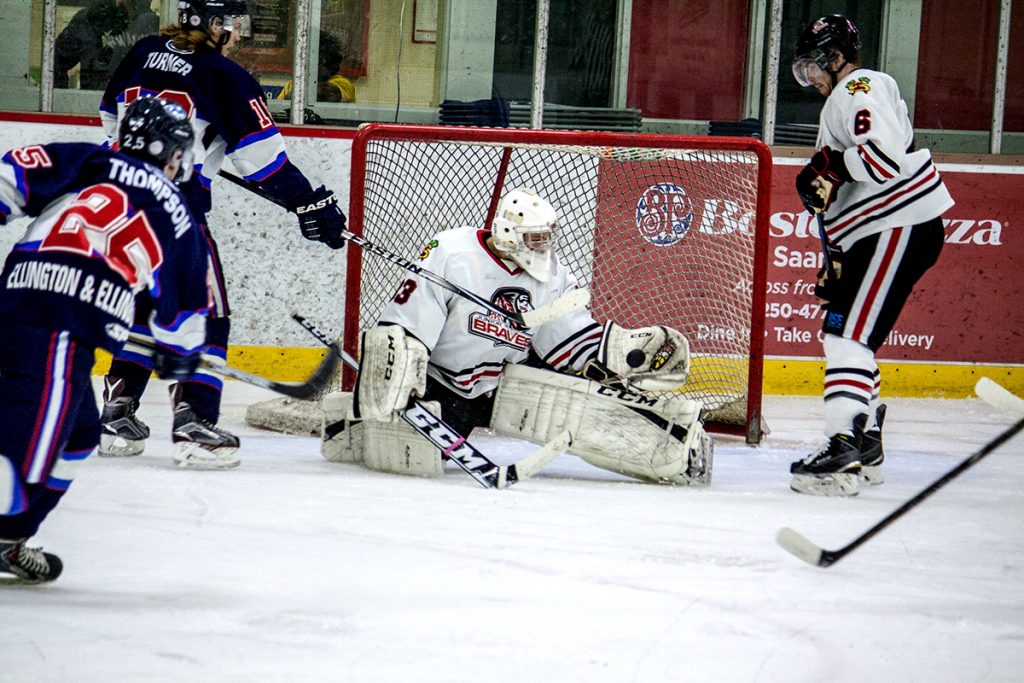 The Braves next home game is Friday October 16th at 6:30