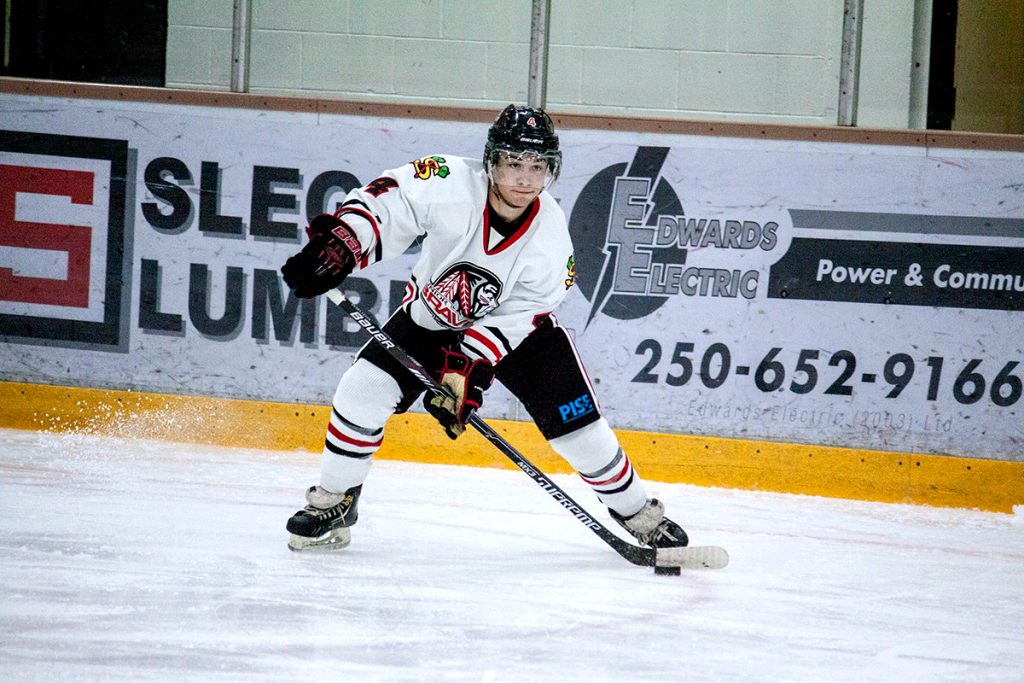 Tonight’s game against the visiting Nanaimo Buccaneers was riddled with penalties and bounces that did not go the Braves way. Missed opportunities and timely scoring from the Buccaneers were too much for the Braves in this one.
The game started off with incredible pace with both teams in fine form. The Braves had opportunities early failed to capitalize on two power-plays. When the Buc’s got the chance they continued to press the Braves down low allowing Nolan Richardson to bang in the only first period goal.
The second period was all Buccaneers, goals from Trent Bell and Jordan Levesque gave Nanaimo a 3-0 lead. There was a constant line to the box all period as the referee’s did their best to manage an emotional game. 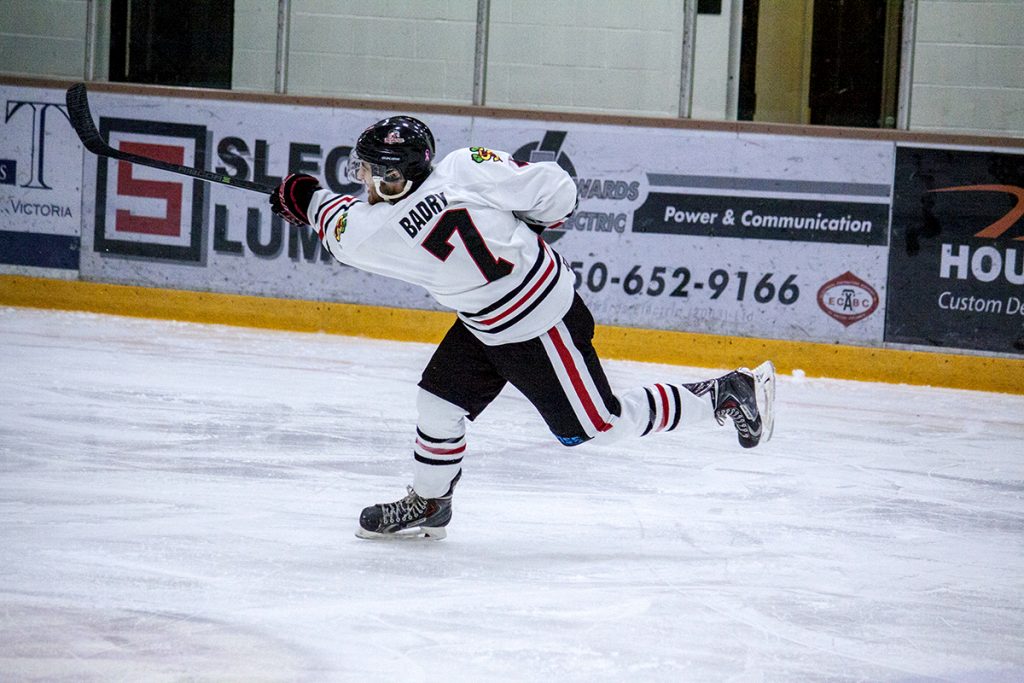 Early into the third period Braves defenseman Thomas Sercombe left the game after a fight, but did leave his teammates with a five-on-three power play. Unfortunately the Braves could not take advantage and Nanaimo responded with their fourth of the night from Billy Walters.
The Braves Joel Nagy scored a wrap-around a goal to make the score 4-1 but it proved to be to-little-to-late as Nanaimo’s Nick Gomerich iced the game a goal of his own with a minute left to the Buc’s a 5-1 win. 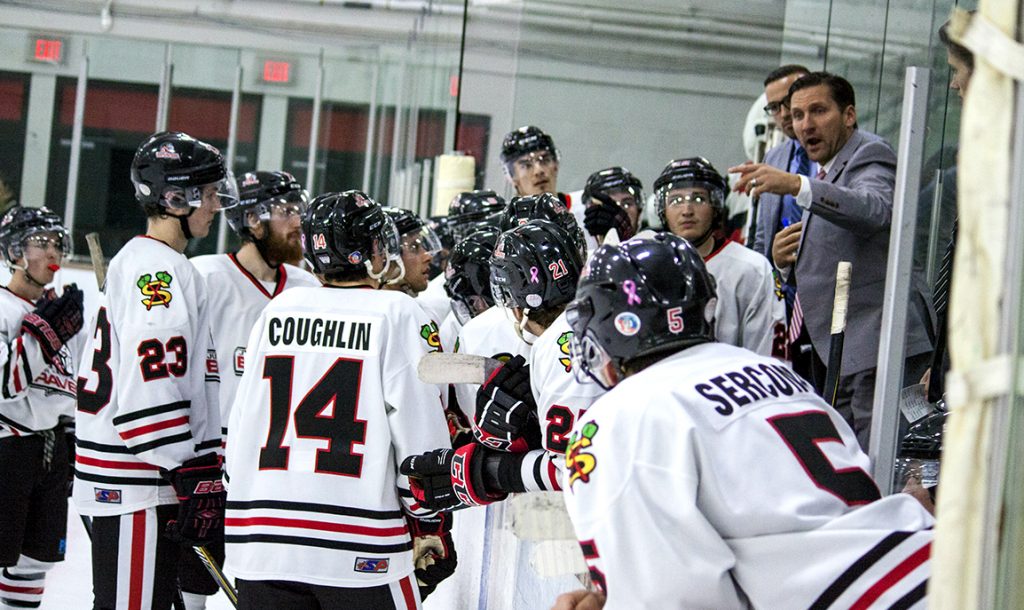 Assistant coach Bowman Rutledge had a few words when asked about tonight’s game: “They feel like they have more in them, they need to dig a bit deeper and find what makes then jam together as a team. Right now I still think that we are searching for our identity and we have to figure out what is going to work for us and make us come together as a group. Emotions take over and it makes us all want to lose it, but I think we need to focus on things that are going to work for us like positive energy.”

The Braves next home game is Wednesday October 14th vs the Peninsula Panthers. Puck drop is 6:30.