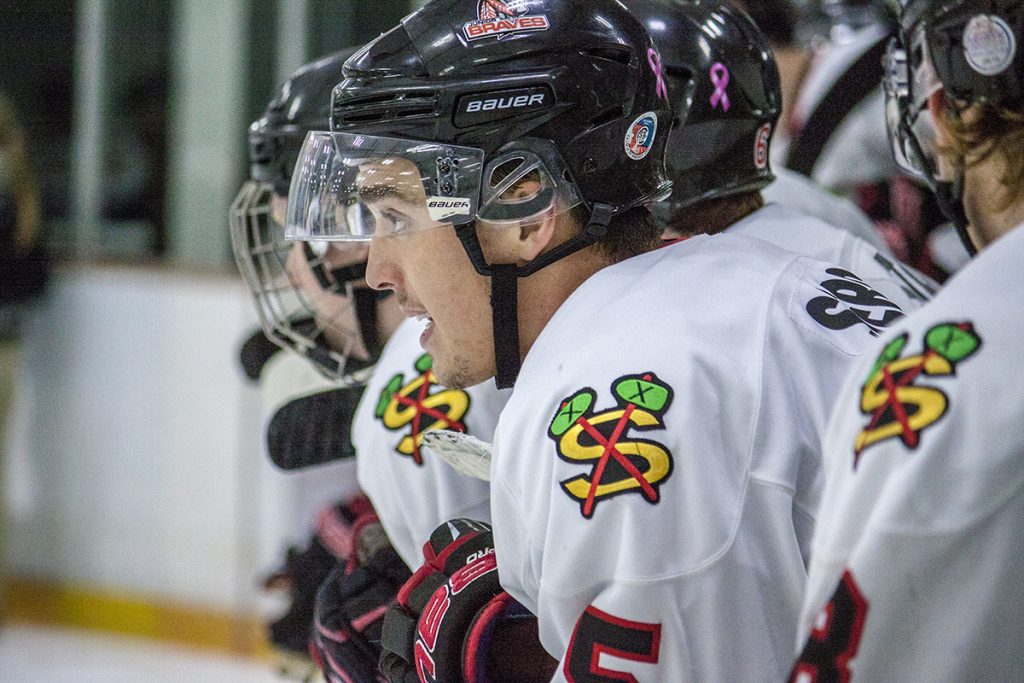 Through two periods of play in tonight’s game the score remained 0-0. Just a few minor penalties and good penalty kills both ways. Both teams had multiple good scoring chances but couldn’t push the puck across. 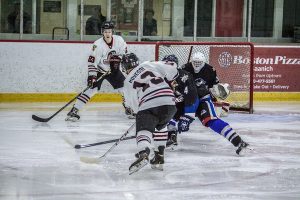 Half way through the third period a questionable penalty against the Braves gave the Wolves a man advantage. Right off the next faceoff a one-timer from Kayden Peck gave the Wolves a 1-0 Lead. As play continued the Braves bench couldn’t let the Referees call go and it earned an unsportsmanlike conduct penalty. This lead to another Wolves power play goal from Jacob Malloch. Branden Tangney added an empty net goal to seal this one for the Wolves 3-0. 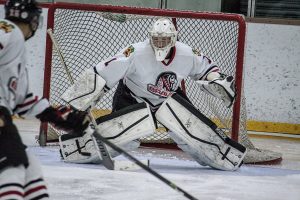 After the game Head Coach Brad Cook had a few words: “It was a tough pill to swallow. I think we played right into their hands quite frankly. They have three games in four nights. For a Friday night home game there was no emotion, no pace, no scrums, it was just a bunch of guys playing hockey.” When asked about the questionable call: “You can’t get caught up that. Obviously some guys it wasn’t their night, but instead of fixing their game they found someone else to blame. At the end of the day it was still a 1-0 hockey game. You gotta stay engaged and take it out on the other team not the officiating. We really have to dig our heels in the get back to work next week.”

The Braves next home game is on October 9th the tough Nanaimo Buccaneers. Puck drops at 6:30. See you all there