Braves Win 3rd Straight at Home 4-2 Over the Cougars 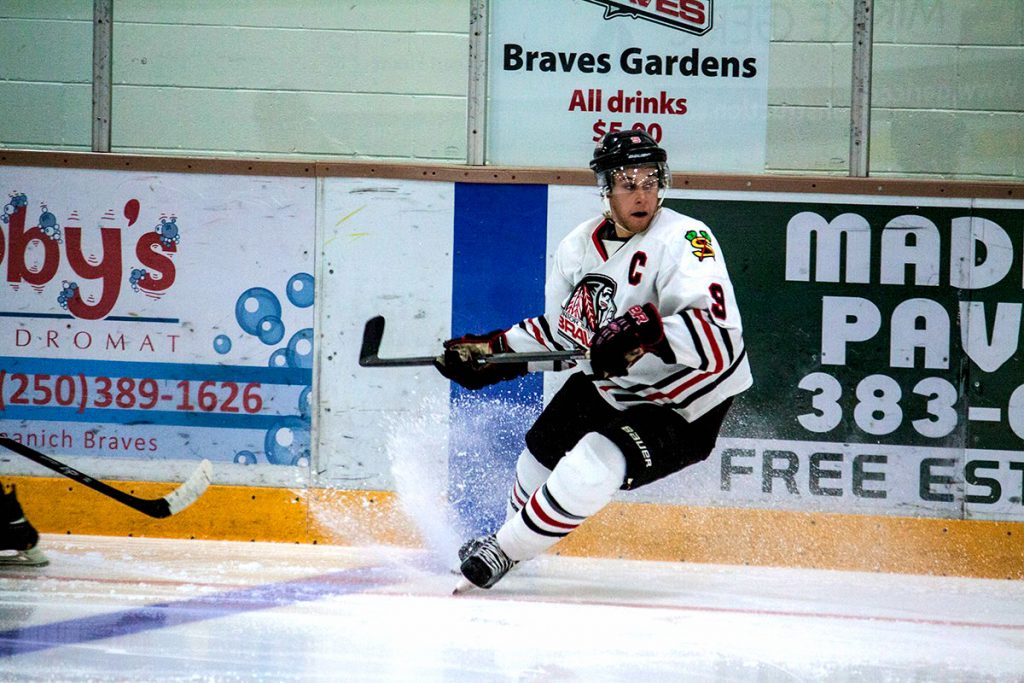 The Braves took home the win in a hard fought battle against the Victoria Cougars.  Great defence, timely scoring and  determination, helped seal the Cougars fate.

The Braves battled back against the Cougars with two acrobatic first period goals, answering a Cougars goal from forward John Kretzschmar that gave Victoria the early lead. Brandon Fushimi and Dale McCabe showed great athleticism burying two rebounds from the Cougars Goaltender to put the Braves ahead. 2-1 Braves after one.

Cameron Kovesdi capitalized on a mistake by the Cougars, sliding the puck into an open net. Later in the second period the Braves were on their heels stuck on a long shift and forced to ice the puck. The Cougars weren’t able to capitalize on their chances and the score remained  3-1 after two periods of play. 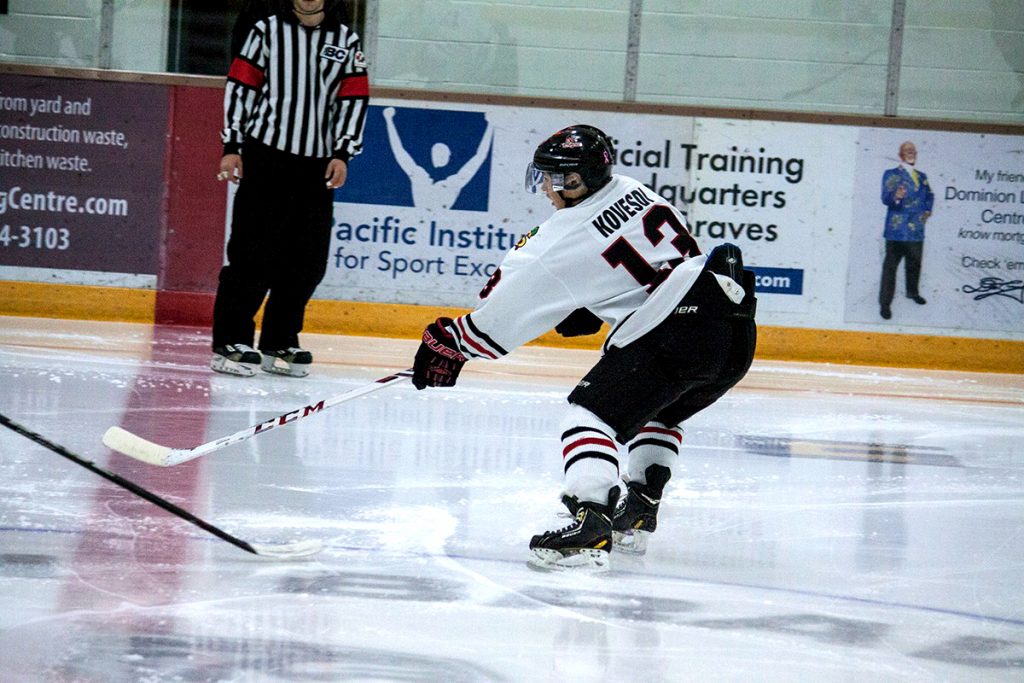 The Cougars bounced back with a powerplay goal from Brett Lervold. Good puck movement was too much for the Braves defence on the penalty kill. Braves Captain Jack Rachwalski added an empty netter to give the Braves the 4-2 lead and put an end to the Cougars night. 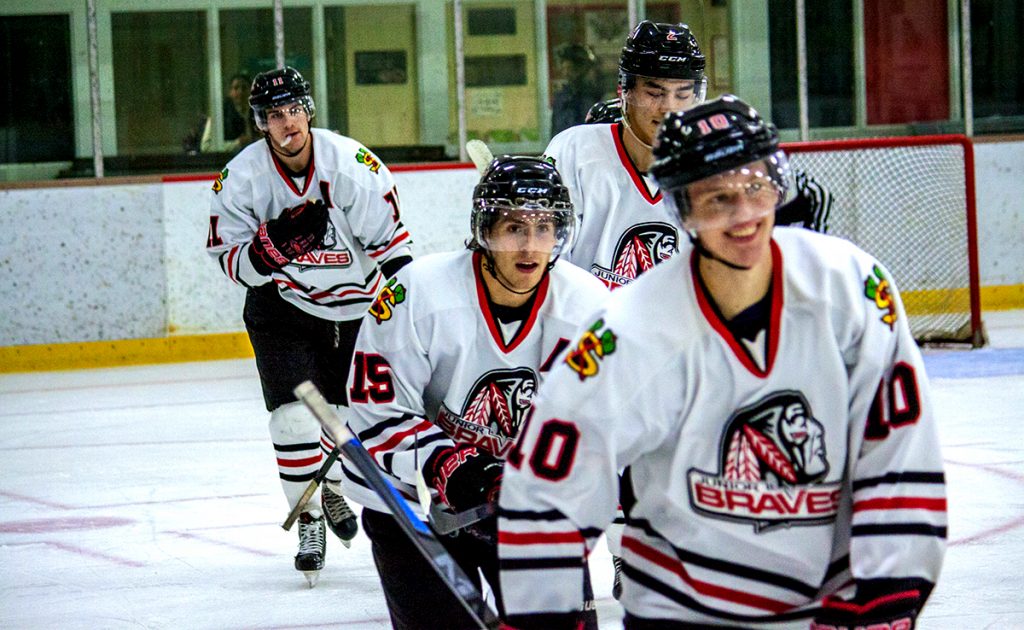 When asked about the game and his team Rachwalski had this to say: “We came out kind of slow, but the middle of the game we really controlled the pace of our game and got to our forecheck. We started peppering the goalie with shots, kind of got away from it in the second half, but we were really good defensively, and our pressure was good”. 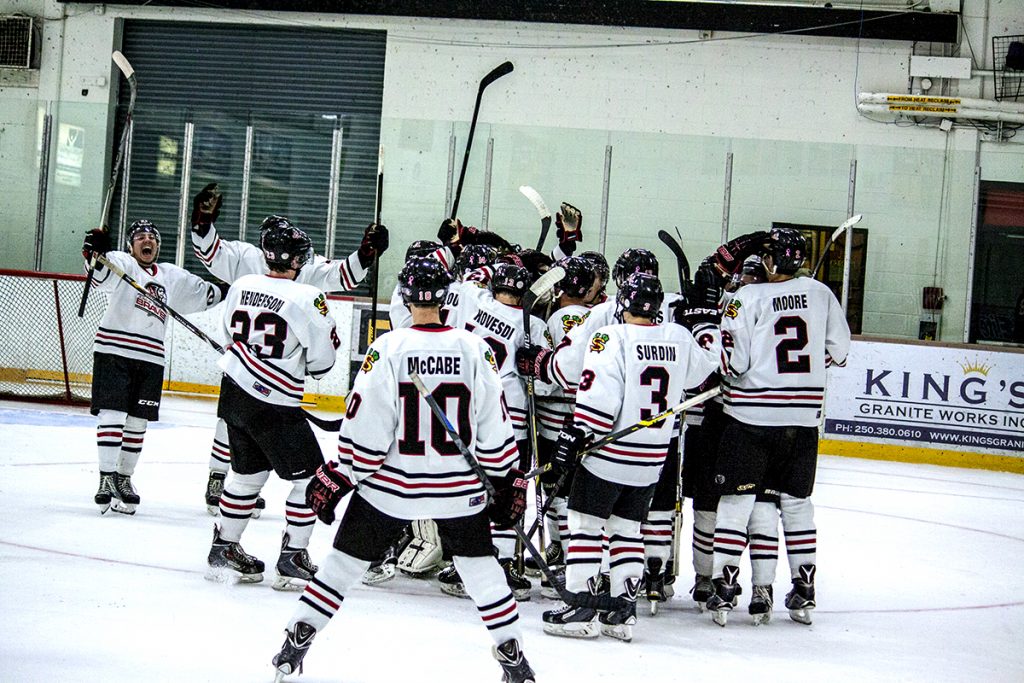 The Braves next home game is October 2nd against the Westshore Wolves. Puck drop is 6:30pm